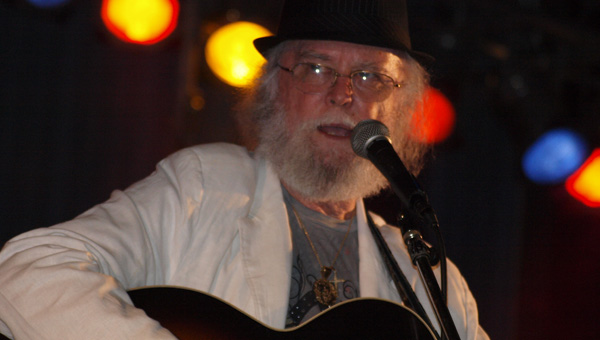 The 32nd annual Hank Williams Sr. Festival drew fans from as far away as Finland.

With visitors from as far away as Finland, the 32nd edition of the Hank Williams Sr. Festival drew large crowds on both Friday and Saturday nights.

Festival volunteer Becky Manning, who was helping sell souvenir programs as a fundraiser for the Three Arts Club, said she offered her two chairs under the Hank Williams Pavilion to a couple from Finland on Saturday night.

“They didn’t realize you are supposed to bring chairs, so I offered them ours, close to the front and in the center,” Manning said. “You come from that distance, you need to be where you can enjoy the show.”

Manning said ticket sales were brisk on Friday morning and again on Saturday afternoon, with the Three Arts Club selling a large number of their programs, the proceeds of which go to fund scholarships, non-profit organizations and needy individuals in the area.

The festival was moved to an earlier date this year in order to accommodate the Saturday night recording of a “Mini-Opry” for the “Ernest Tubb Midnight Jamboree” to be aired on WSM Radio in Nashville.

Emceed by Jett Williams, the Mini-Opry featured seasoned country music performers including Jim Ed Brown, Helen Cornelius, David Frizzell, Jimmy Fortune and Razzy Bailey, with all the singers lining up across the stage to perform Hank’s own “I Saw the Light” as a rousing finale for the evening.

Louann Crowder and Bruce Atkins of Bonifay, Fla., took home the American flag guitar with the autographs of all the Festival artists on the back.

Molino, Fla. resident Joyce Smith was the winner of the boxed set of Hank’s rare “Mother’s Best” recordings, donated to the club by Jett and her husband.

Other locals in the spotlight at Hank Fest included Starla Jones, who performed the National Anthem and the American Trilogy; band Southern Legends, with members from Greenville and Georgiana who performed at the first festival street dance, and emcees Kyle Haynes of Q-94 in Greenville and Carl Tillery of WPPG Radio in Evergreen.