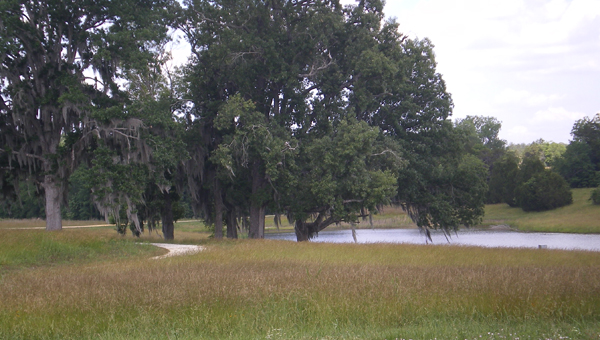 Last week, the liquidating of Scrushy assets continued as this large, 360-acre ranch in Wilcox County was sold for $692,000. (Submitted Photo)

WILCOX COUNTY — Little by little, it appears HealthSouth Corporation and its shareholders are recouping some of the $3 billion judgment handed down against former HealthSouth CEO Richard Scrushy.

Last week, the liquidating of Scrushy assets continued as a large, 360-acre ranch in Wilcox County was sold for $692,000.

“We are very pleased with the sale,” John Somerville, attorney for HealthSouth shareholders, said Friday. “We received what we thought was a very fair price for us and for the buyers.”

The judgment stems from the near financial collapse of HealthSouth that shareholders blame on Scrushy “failing his fiduciary responsibilities.” A 2009 Jefferson County Circuit Court ruling found him responsible for the accounting fraud that nearly destroyed the Birmingham-based company.

Somerville said the sales price was below the $936,000 listing price but was very close to the approximate $700,000 tax appraised price.

“I really have to thank Pete Hall and John Hall & Company for their work in listing and selling this property,” Somerville said. “This is a tough market and it is a tough market in this type of recreational property. They did an amazing job.”

According to the deed recorded with Wilcox County, the buyers were James Walter Prevatt and his wife, Peggy E. Prevatt. Attempts to contact the couple were unsuccessful.

“We are glad we could help. We received a fair price with a willing buyer for the sellers,” Pete Hall, associate broker with John Hall & Company said.

The shareholders acquired the large ranch, located just two miles from the Dallas County line in Furman on Ala. Hwy. 21, through an agreement with Scrushy’s son-in-law, Mike Talia. Somerville said Scrushy had transferred the property to Talia to “hide it” from shareholders.

Somerville also said they have resolved all claims with Talia.