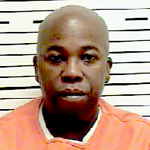 A Georgiana teacher was arrested Tuesday morning after getting into a traffic accident on the way to school.

Georgiana Police Chief James Blackmon said that Edward Franklin Menefee Jr., 43, was arrested and charged with driving under the influence after he allegedly collided with another teacher’s vehicle.

Darren Douthitt, superintendent with the Butler County Board or Education, released this statement.

“We had an adult who works for our district who made a mistake,” Douthitt said. “I treat employee discipline in the same manner as student discipline. It must be firm, fair, consistent and swift.”

Douthitt said disciplinary actions would take place quickly and will be consistent with the seriousness of the offense.

“All the educators we have in our district are expected to be good role models for children,” Douthitt said. “This is the primary job of all of our employees, and if an employee can’t get that right, their teaching effectiveness is irrelevant.”