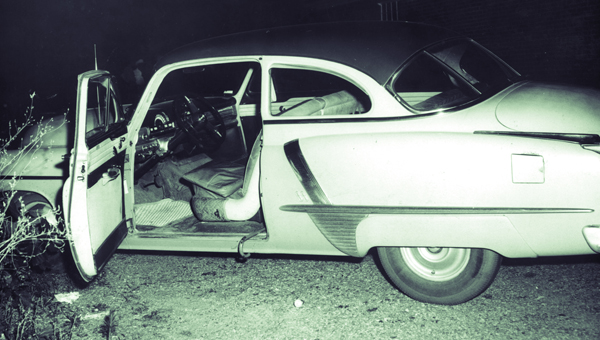 Albert Patterson was gunned down as he made his way to his car.

Special to The Advocate

In the 1940s, Phenix City, was controlled by out-of-town mobsters. Organized crime ran the city; gambling, prostitution, alcohol and drugs were a central part of the night life in the Russell County community.

To clean up the town, Phenix City attorney Albert Patterson ran for—and was elected—Attorney General, only to be murdered before he could take office. His death, which sent shock waves statewide, resulted in the declaration of Martial Law, the clean up of Phenix City and a closer watch over local governments by state officials.

Airing Tuesday, Feb. 15 at 7 p.m., Alabama Public Television presents “Something Wicked in Russell County” on the series Alabama Stories.
Including interviews with interviews with Governor John Patterson, and historians Jim Cannon and Warren Trest, the program explores how the city overcame its troubled history, rising from the ashes to be awarded the “All American City” title in 1955—the same year Patterson’s son, John M. Patterson, was elected Attorney General.