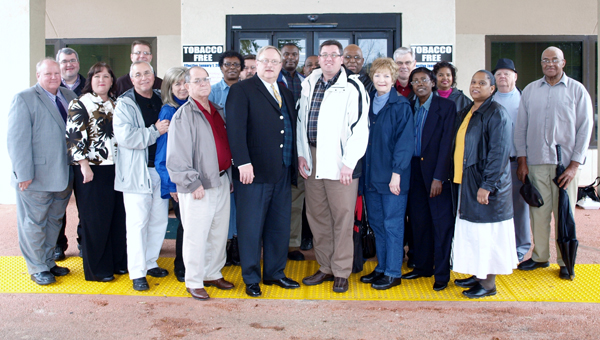 Tim Patton, who has served as pastor of First Baptist Church of Greenville for the past eight years, will preach his last sermon at FBC this weekend. He and his family will be moving to Chipley, Florida, where he will serve as pastor of Shiloh Baptist Church.

“This has really become home to us over these eight years. It’s the only home our children have ever known and we are going to miss it,” Patton said.

Stephenson lauded Patton for his leadership in his church, in the ministerial association and his involvement in the community, particularly within the county’s school system.

“I really think Tim loves Greenville and made this his community, just as Father Fred Lindstrom did,” said Lane Simmons, pastor of First Assembly of God in Greenville.