A kidnapping and rape investigation that started Nov. 12, 2010 has ended with one arrest.

The arrestee, however, turned out to be the person who originally reported the crime.

Sheriff Kenny Harden said Shannon Jean Mack, 41, has been arrested and charged with false reporting to law enforcement officers, a class A misdemeanor.

Mack had reported that she stopped to assist two motorists in a white van when they pulled her in a gunpoint and kept her for five days, raping her during that time.

Harden said that after they received the report in November, officers in Butler and Crenshaw counties started an exhaustive search.

“When we get a report like this, we take it very seriously. We searched all over for the van and the people that fit the description, but nothing was turning up,” Harden said. “She gave us a house description too, but we still couldn’t find anything, even after three aerial searches.”

On Dec. 20, 2010, however, Mack’s father would help break the case. He reported that his daughter and truck had been missing.

Harden said they received information that she may be somewhere in the Helicon community.

Law enforcement located the truck and Mack, along with another piece of information that would help bring the whole story together. A citizen gave a statement claiming that Mack was at his house during the time she claimed she was abducted, Harden said.

Once they had enough information, they confronted Mack, imploring her to take a lie detector test. Yesterday, law enforcement approached Mack and she confessed to making the story up to hide the reason for her disappearance from her family.

“She said that after 14 years of sobriety, she had slipped up and used drugs again,” Harden said. “She told us the rape story was meant to prevent her family from finding out she was back on drugs.”

Harden said that they are glad to get the case solved so the citizens of Butler County can feel safe again.

“We received a number of phone calls from people that were scared because stuff like this doesn’t normally happen around here,” Harden said. “Now I think they will feel better to know that they still live in a quiet community.”

Harden said that false reports like this waste both time and money.

“We spent a lot of taxpayer money to try to solve this because we didn’t want anyone on the streets that was capable of doing this,” Harden said.

Harden thanked everyone on the Butler County and Crenshaw County Sheriff departments that assisted with the search. 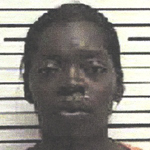