Top 10 Stories of the Year 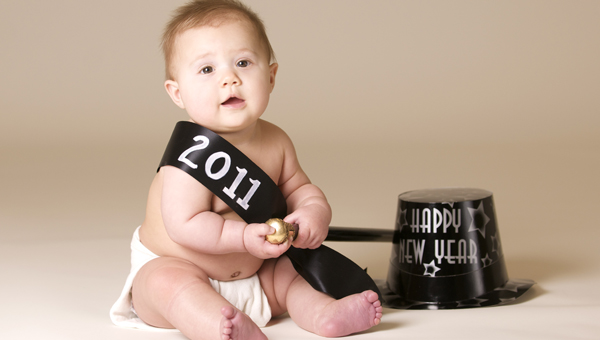 It’s a tradition that is almost as old as the Greenville Advocate itself. Pictured is Katherine Louise Coles, the first great grandchild of former Advocate owners Gene and Nonnie Hardin. Seven grandchildren of Glen and Mary Louise Stanley and seven grandchildren of Gene and Nonnie Hardin have graced the New Year’s edition in a traditional sash. Katherine’s mother, Leah Coles was featured on the front of the 1983 issue, and her grandmother, Mollie Utley, can be found on the 1952 New Year’s issue. (Photo, Ashley Vansant)

1. Oil’s nasty impact on the Gulf

When the Deepwater Horizon oil rig blew in April creating the largest oil spill in United State history, its impact was immediate and far-reaching. For months, the nation watched in frustration as BP attempted to cap the rapidly leaking well.

“It’s heartbreaking to see,” Capt. Chadd Tillman, a National Guard pilot, said. “I’m a local guy. We’re all somewhat frustrated by the situation. But we will do what we can do.”

When BP finally capped the well three months later, the Alabama Gulf Coast went into recovery mode. Even Greenville was indirectly affected by the oil spill. Tourists stayed away from the coast last summer as oil slowly crept its way towards the sugary, white beaches of Alabama.

In August, Greenville joined other cities in filing a Class Action lawsuit against BP in hopes of recovering tax revenue lost in the summer.

“It kept people off I-65, out of the hotels, out of the restaurants and out of the gas stations,” said City Attorney Richard Hartley.

“The Fourth of July wasn’t even like a holiday,” said Bates House of Turkey manager Michelle Sloane. “It wasn’t near the traffic we are used to.”

Butler County suffered as much as anyone in the recession as unemployment numbers jumped into the high double digits. However, in July of 2009, there was reason to be optimistic about the future as Korean-based Hyundai Heavy Industries announced plans to build a plant in nearby Hope Hull, bringing 1,000 new jobs to the area.

Greenville’s economic commitment to the project is $333,000 over a three-year period. The city joined with Montgomery, Prattville and Elmore County to land HHI in the River Region.

The plant is expected to be operational in 2012.

The Fort Dale Academy Eagles spent much of the 2010 season battered and bruised from injuries. But the unheralded Eagles came out of seemingly nowhere to upset favored Monroe Academy in Troy in November, capturing the school’s first-ever football state championship. Third time was the charm, also, for head coach James “Speed” Sampley who had lost in two previous title game trips.

The nation was in the mood for a change by the time the November General Election rolled around. Butler County was caught up in that same furor of change, helping to oust 2nd District representative and Democrat Bobby Bright from Congress after one term in favor of Republican Martha Roby. Local candidates were not immune either as longtime Sen. Wendell Mitchell was denied another term by Prattville’s Bryan Taylor.  The elections came on the heels of gambling scandal investigations by the FBI into the Alabama Legislature, which helped switch Goat Hill over to the Republicans for the first time in over 100 years.

Greenville businessman and candidate for Governor Tim James sparked controversy nationally with a political advertisement in May supporting an ‘English only’ drivers exam. James said if he were elected governor, the exam would be given only in English.

First Lowndes Bank, which had been opened in Butler County since 1984, was the first bank of 2010 seized by government regulators in March. All of its assets and branches were sold to Luverne-based First Citizens Bank. The bank’s failure was evidence, once again, that the recession of 2008-09 continued to hit Butler County hard last year.

First Lowndes Bank – which operated branches in Hayneville, Fort Deposit, Greenville, and Highland Home – was a major financial player in Butler, Lowndes, and Crenshaw counties. The bank reported losses of $8.25 million in 2009.

Butler County schools saw several changes in 2010, not the least of which was the hiring of Darren Douthitt to serve as the school district’s new Superintendent. Longtime administrator Dr. Kathy Murphy left to become the principal at Charles Henderson HS-Troy. Well-liked principal Dr. Charles Farmer left Greenville High School to join former super Mike Looney in Tennessee. Brad Cook replaced Farmer. Joseph Dean, who served as interim superintendent prior to Douthitt’s arrival, became principal of Escambia County HS – for one week. Dean had a change of heart and returned to lead Georgiana HS.

Gambling – and the questions of its legality – stayed in the news in Alabama in 2010.

Locally, Southern Star Entertainment in White Hall opened in August, but officials had to amend their business plan, choosing to go with all paper Bingo as the Legislature became embroiled in a “pay-for-vote” scandal.

But by September, Southern Star Entertainment was forced to close its doors, citing “an inability to compete against casinos operated by Native Americans.”

Snow swept across much of the southeast in February and Greenville was no exception. A heavy snowstorm left Greenville blanketed in a layer of white as children and adults took to the streets to build snowmen and engage in impromptu snowball fights. All wasn’t all-good, though: the storm left 1,000 of homes without power for sometime.

The Camellia City was not immune to sadness in 2010 as we lost several prominent citizens, including former Chamber of Commerce Director Ralph Stacy who died in September. Stacy served as the director of the Business Council of Alabama.