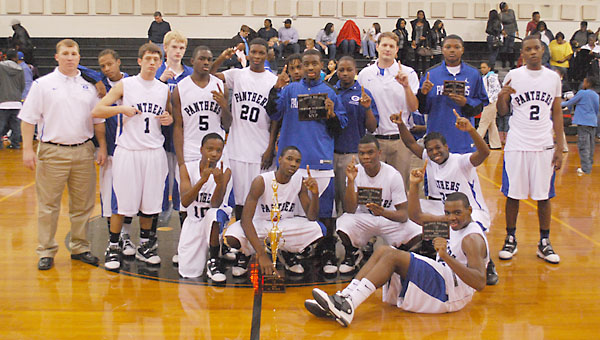 Georgiana players and coaches pose with their trophies. (Tripp Norris, The Opp News)

The Georgiana Panthers captured the Red Level Christmas Tournament title on Thursday with a 54-39 victory over LAMP.

The Panthers were led by Rickey Everett’s 18 points. Lee Curry and Keon Binion each added 10.

For LAMP, Harry Norman had 11.

The victory was Georgiana’s eight consecutive as the Panthers improved to 14-3 overall.

Everett was named the Tournament MV. Adrian Rich, Binion and Adrian Paige made the All-Tournament Team.