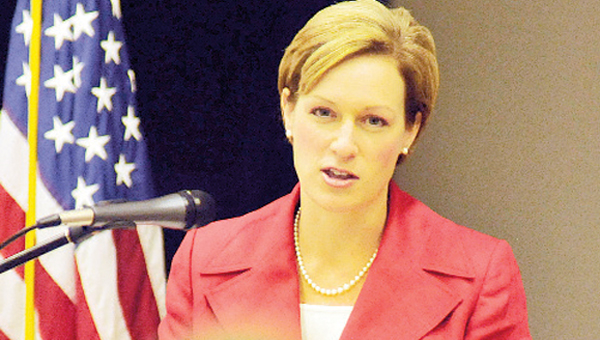 Governor Bob Riley on Wednesday appointed District Judge Terri Bozeman Lovell of Hayneville as Circuit Court Judge in the Second Judicial Circuit, which includes Lowndes, Butler and Crenshaw Counties. She replaces Circuit Judge Edward McFerrin who will retire at the end of this month.

The appointments are effective January 1, 2011.

“Judge Lovell brings a wealth of experience to her new position,” Riley said. “I’m confident she will continue serving citizens of Lowndes County and the entire Second Judicial Circuit with distinction as their Circuit Judge.”

“I appreciate Governor Riley placing his faith in me and giving me the opportunity to serve on the Circuit Court,” Lovell said. “Becoming a Circuit Judge is a tremendous honor and I am committed to working hard everyday for the people of the Second Judicial Circuit.”

Adrian Johnson is a practicing attorney in Montgomery who formerly clerked for Circuit Judge John Bush.

In addition to his vast legal experience, Johnson has been heavily involved in area civic organizations, including serving as the president of the Advisory Council for the Family Service Center of Lowndes County and serving on Community Development Committee of the Black Belt Action Commission.