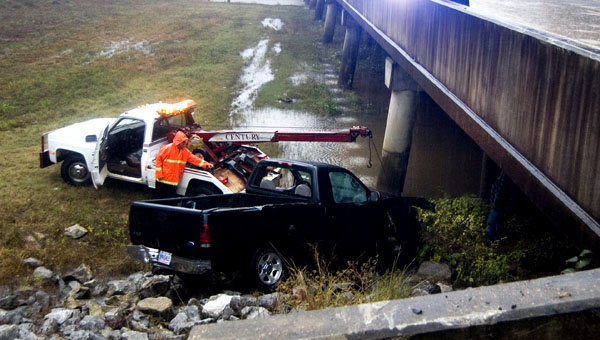 A Ford F-150 hydroplaned and flipped off a Rutledge bridge on Monday afternoon.

Monday’s rain resulted in at least one wreck across Crenshaw County when a Ford F-150 hydroplaned and flipped off a bridge in Rutledge around 3:30 p.m.

According to Crenshaw County Sheriff’s deputies, the vehicle was traveling east when the wreck occurred.

No serious injuries were reported, but the driver of the vehicle was transported to Crenshaw Community hospital for observation.