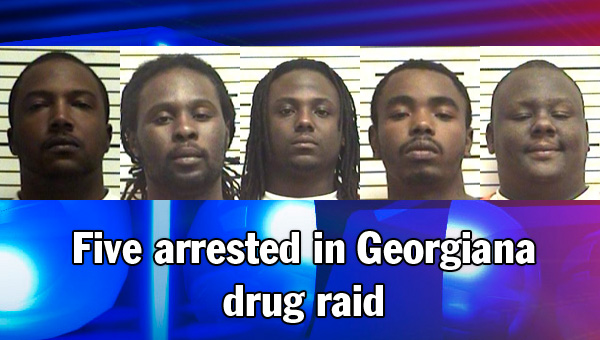 Police raided a trailer in Georgiana at approximately 3:15 p.m. Wednesday, recovering several bags of marijuana totaling around half a pound as well as taking five suspects into custody.

“We are going to continue to make the county safer by eliminating drugs,” said Sheriff Kenny Harden.