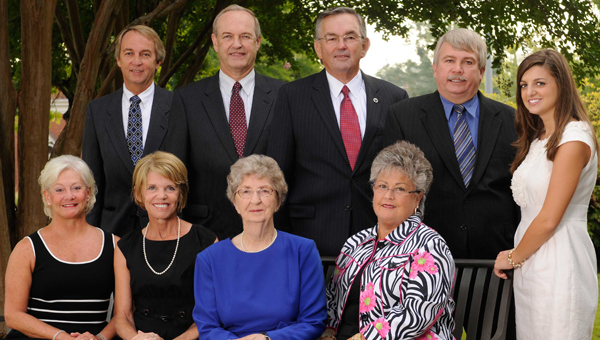 The Layne Reynolds Endowed Scholarship was created in 2010 to honor Miss Layne Reynolds of Greenville, Alabama on the occasion of her 85th birthday. This scholarship was endowed by Layne’s niece, her seven nephews and their wives. Because Miss Reynolds’ mother was a teacher, the family chose to support Auburn students pursuing a career in education.

Jordan Pankey of Albertville, a freshman in Auburn University’s College of Education, is the first recipient of the Layne Reynolds Endowed Scholarship. Jordan is working toward a degree in English language arts education and wants to become an English teacher and school librarian.

Layne worked for the State of Alabama welfare agency for over 40 years where she saw first-hand the value of an education. This scholarship will help individuals pursuing a career in education, who will in turn help other people to better their place in life and avoid many of the unfortunate situations Layne encountered in her career as a social worker. Additionally, Layne’s mother was a teacher for many years and taught Layne and her four brothers the value of an education. Layne has been a life-long supporter of Auburn. Her brother, six nephews, two of their spouses and four of their children are all graduates of Auburn. Even at age 85 she rarely misses a home football game.