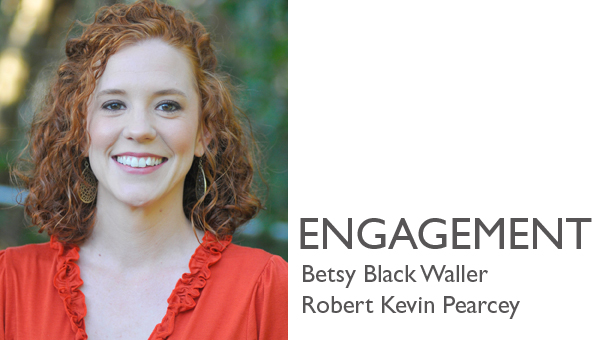 Betsy Black Waller, daughter of Mr. and Mrs. Jan Black of Georgiana, and Robert Kevin Pearcey, son of Mr. and Mrs. Robert I. Pearcey of Greenville, announce their engagement and forthcoming marriage.

The bride is employed with the Butler County School District as a first grade teacher at Georgiana School. She is a graduate of Greenville High School and Jacksonville State University.

The groom is employed with Greenville Newspapers, LLC as managing editor of The Greenville Advocate. He is a graduate of Greenville High School and Troy University.

The wedding is Saturday, Oct. 16, 2010 at 4 p.m. at the Country Cabin in Georgiana with a reception to follow at 5 p.m. at the home of the groom’s parents in Greenville.