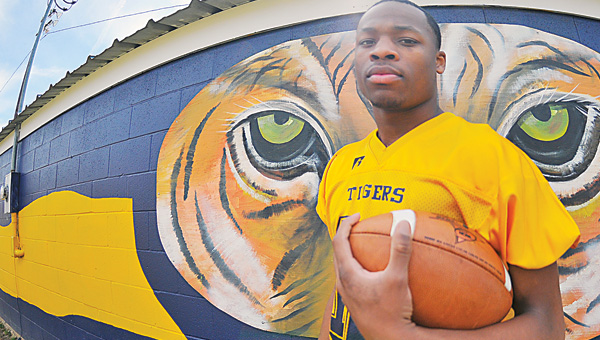 Emmanuel Johnson will play in the all-star classic in December.

McKenzie’s Emmanuel Johnson has been selected to play in the Alabama-Mississippi All-Star Classic on Dec. 11 in Mobile.

The AHSAA released the news on Wednesday.

Johnson is listed as an “athlete” on the roster. He plays a number of positions in high school, including running back, wide receiver, quarterback and defensive back. The senior has already committed to play for Southern Miss.

Johnson has helped lead the Tigers to a 7-0 record this season.

Greenville native Alvin Briggs, now coaching at Florence, will be an assistant coach on the team.

“We think our selection committee has once again put together a very good team,” Bailey said. “We know Mississippi will have a talented team. This Alabama squad is one of our most talented in the series. We have an excellent head coach in Briarwood Christian’s Fred Yancey. He has a good staff set to assist him.”

Five players already committed to the University of Alabama are headed by outside linebacker Brent Calloway, rated one of the top recruits in the nation at 6-foot-3, 225 pounds.  Others include receivers Danny Woodson of LeFlore, Marvin Shinn of Vigor and Daryl Collins of Gadsden City, and defensive back Christion Jones of Minor. Jones chose the Tide last Thursday.

Among the roster players still uncommitted are Auburn defensive lineman JaMichael Payne and Valley safety Enrique Florence. Florence, rated the nation’s No. 5 prospect by Scout.com, is considered by most recruiting services as the state’s top prep prospect. He has offers from Alabama, Auburn, Arkansas, Florida, Florida State, Georgia, Georgia Tech, South Carolina, Southern Miss, Stanford and UAB, among others.