Lights will shine for homecoming 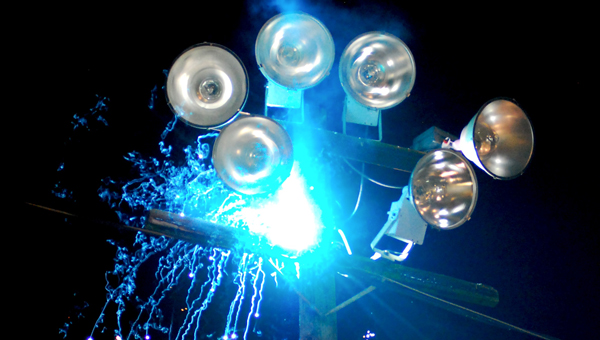 This was the scene Friday when a junction box shorted out, forcing the evacuation of the bleachers for a short time. No one was hurt in the incident, which delayed the game for over an hour.

McKenzie’s William-Vickery field will be back bright and ready for homecoming this Friday, said principal Randy Williams.

Last Friday’s game was delayed when a junction box on one of the stadium lights shorted out, causing a fire to catch on top of the pole.

“I have seen lights blow at stadiums before, but that’s the first time I have seen one catch on fire,” Williams said. “We are just blessed that everything worked out, no one got electrocuted and we were able to finish the game.”

A new junction box will be installed and wired up tomorrow, Williams said, which will bring the damaged light back online.