Tripps to perform at First Assembly 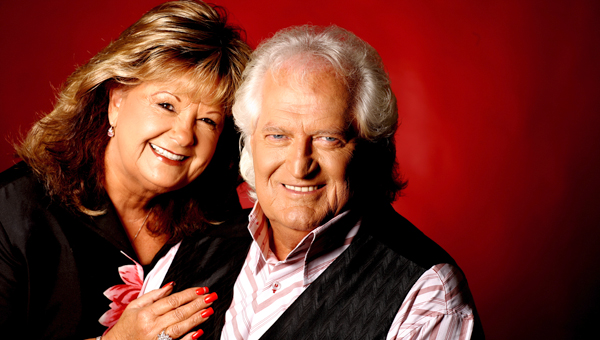 LaVerne and Edith Tripp will bring their ministry to First Assembly of God in Greenville.

For seven years LaVerne Tripp sang lead with the world famous Blue Ridge Quartet after joining them in 1969 and led them to unprecedented success. During this period of his career, he wrote and recorded three consecutive number-one songs; I Know, That Day Is Almost Here and After Calvary. Tripp was voted male vocalist of the year and his song, I Know, was song of the year.  He was nominated eight times for the coveted Dove Award. At the pinnacle of the group’s success, he became an evangelist and went on to host the Praise the Lord program on the Trinity Broadcasting Network alongside Edith.

His song, We’ve Got The Power, remains a Gospel staple of churches around the world. In 2001, CCMA presented him with the Living Legend Award at the Ryman Auditorium, in Nashville.

He recently released his 79th full-length recording entitled, Foundation Stones. It is comprised of 15 of Tripp’s favorite hymns, including Old Rugged Cross, Amazing Grace, Jesus Loves Me as well as 12 others.

LaVerne and Edith Tripp travels weekly to churches across America and around the world sharing their songs and message of hope, freedom and deliverance to all who will listen.