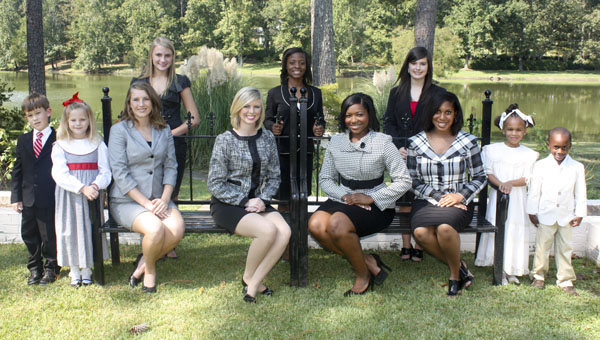 Luverne High School will celebrate homecoming October 1, 2010. The Class of 2001 will be honored guests for all the day’s activities.

A reception will be held for the returning class at 10:00 a.m. in the high school auditorium.
Formal presentation of the queen and her court will be at 11:00 A.M. in the gymnasium. A homecoming parade will begin at 1:30 p.m.

Hors d’oeuvres will be served to the returning class Friday night in the Cafeteria and they will be special guests at the LHS – Slocomb football game that night.

Reigning over the day’s activities is Homecoming Queen Kelsey Stephens. Kelsey, a senior, is the daughter of Ms. Wanda Stephens and Mr. Donnie Stephens.

Football sweethearts for 2010 are Miss Shae Earl, daughter of Willie and Clara Earl and Mackenzie Blackmon daughter of Mr. and Mrs. Jeffrey Blackmon.

These young ladies are members of the senior class and were selected by the LHS football team.