Garden clubs to meet at Cambrian 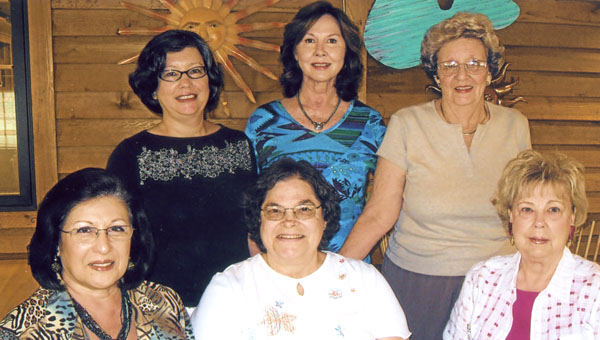 The District VI Board Meeting was held Tuesday, August 31, 2010 at Preister’s Pecans in Fort Deposit.  Suzy Shepherd called the meeting to order. In absence of the secretary, Pam Hattemer called the roll with six members present. Several items of importance were discussed and voted upon. The proposed budget was presented and approved as amended and will be presented at the Fall Meeting for final approval.

Shepherd announced the two $500 grant winners presented by District VI at the last Fall Meeting went to St. Fiacre of Brantley and Down to Earth Garden Club of Prattville. These grants must be used by November 15, 2010 so clubs can apply for State Awards.

The winners will also give progress reports on their projects and the awards they are applying for at this year’s Fall Meeting.

The winning clubs will not be able to apply again until 2012. Grant forms will be available at the District Meeting.

“Our District Fall Meeting will be Wednesday, October 27 at Cambrian Ridge starting at 9 a.m.,” said Shepherd. “Hosting the event will be The Pride of Greenville, Sasanqua, Sprig n’ Twig and Georgiana Garden Club.”

This year’s theme is “Wings in My Garden.” The District Ways and Means raffle item is a beautiful glass top bird bath with raised colorful birds from Kirkland’s. Tickets are $1 each or six for $5 and can be purchased from any club member. The 21 clubs in District VI will be competing for the monetary prize given to the club selling the most tickets.

To encourage attendance, the District will give $50 to the club with the highest percentage in attendance at the District Meeting, and $25 to the second place winner.

Scholarship chair Annette Tunnell will be “passing the hat” for donations for a State Life Membership to be given to a luck District club member. The money collected goes to club-sponsored scholarships to Auburn University.

Delyn Rouze, District Nominations Committee Chairman, reported the new slate of officers will be presented, voted on and installed at the Fall Meeting. For the Director’s Project, Shepherd will be presenting ten District VI NGC Youth Contest, 1st place State winner checks of $25 each. Prior to a delicious lunch, Shepherd adjourned the meeting quoting a reading from “Down the Garden Path.”