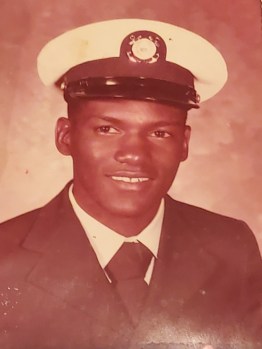 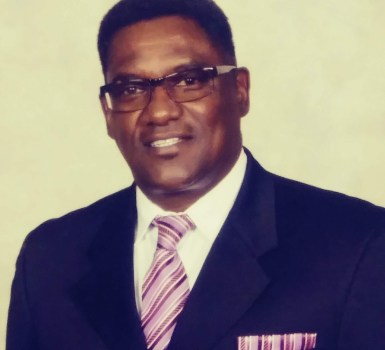 Jerry Feagin retired after 20 years in the U.S. Coast Guard, and then worked as a Birmingham dental hygienist before retiring in 2017 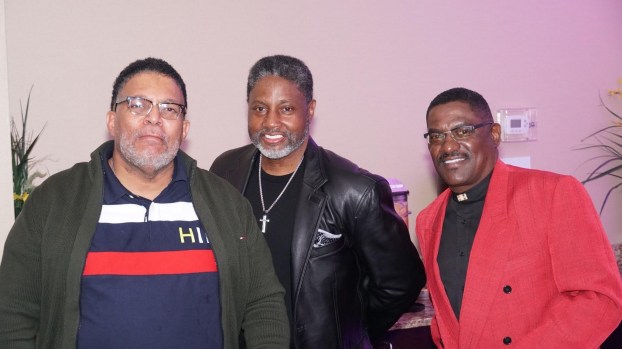 Jerry Feagin joined the U.S. Coast Guard with his best friend, Bruce Palmer, right after their graduation from Georgiana School in 1977.

Feagin retired in 1998 as a petty officer first class after serving 21 years.

After six years, Feagin went to his education officer, and together they discovered Feagin’s affinity with the medical profession and enrolled him in dental assistant school.

“A lot of people are shocked when I tell them that I was a dental hygienist in the Coast Guard,” Feagin reflected. “Or, they think of making a drug bust and criminal rescue work. But I worked in the dental field.”

Coast Guard dental hygienists train as emergency medical technicians, Feagin said. The opportunity qualified him to work onboard ships in times of emergency of national conflict.

In 1994, Feagin served on board the Coast Guard Cutter Chase during Operation Uphold Democracy. As part of the mission, the ship sailed from San Pedro, California, to Port-au-Prince, Haiti, and back, passing through the Panama Canal.

“That was one of the most interesting things that I have done in my career because, in the fifth grade, we studied the Panama Canal,” Feagin said. “We learned it inside and out. Traveling through the canal, that was pretty amazing to me.”

Feagin said he enjoyed gaining an education through the military. He studied dental hygiene, dental radiology, and dental lab work, all without incurring student loan debt.

“So I must have got close to $200,000 worth of education absolutely free,” Feagin recalled.

Hailing from a small town, Feagin also enjoyed traveling during his time in the Coast Guard and has served on the West Coast, the Gulf Coast, Puerto Rico, Jamaica, and Bermuda.

“I went in fresh out of high school,” Feagin reflected. “It didn’t matter where they sent me. I really enjoyed all 21 years of it.”

After retirement, Feagin studied dental hygiene again to pass the state board exam and completed another 20-year dental hygiene career in Birmingham before retiring again, moving back home to Butler County, and settling in Greenville.

Now, he spends his time volunteering with other veterans who are working to open a Georgiana community center in the former Robert Olson Training School.

“We have cleaned it up, painted it, and are bringing it up to today’s codes,” Feagin described. “We registered as a nonprofit to qualify for donations, grants, and financing. We have a gymnasium for the youth to play basketball, we have football and baseball fields and also classrooms.”

Feagin is also a member of the Butler County Veterans Association and works in the community and schools to impact the lives of Butler County youths.

“We go down to the schools and I walk around the schools, up and down the school hallways, and try to show a positive force and positive attitude for the young men to follow,” he said. “We try to hopefully head off trouble.”

When he wears his Coast Guard hat, people stop him to say, “Thank you.” Feagin appreciates the way citizens celebrate veterans.

“I think it’s wonderful,” he said. “People don’t realize that when you’re in the military it’s not fun and games all the time. There’s a lot that goes into service, things and people we miss. When people say, ‘Thank you for your service,’ that really means a lot to a veteran.”