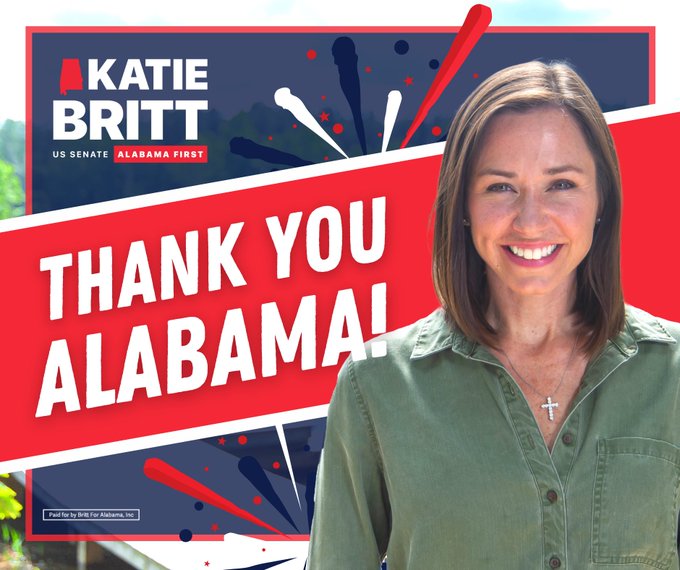 “Alabama has spoken. We want new blood,” Britt said Tuesday night after votes were in.

Brooks was not pleased with his loss. In his concession speech, he suggested Britt was a Democrat and accused special interests for his campaign failure.

Yolanda Flowers beat out Malika Sanders-Fortier for the Democratic bid for Governor. Fortier is the daughter of long time District 23 Senate seat holder, Hank Sanders. She held the District 23 seat for the 2018-2022 term, following Sanders last minute decision to not run after holding the seat for nine terms.

Flowers will have to unseat Governor Kay Ivey, who has had a long career in Alabama politics and served as governor since 2017. Jared Budlog, running as an Independent, is also seeking the governor’s seat.

The 2022 elections will be held November 8, 2022. For a complete list of candidates, visit https://www.sos.alabama.gov/alabama-votes/2022-primary-election-sample-ballots.