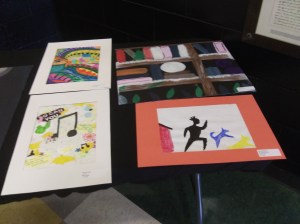 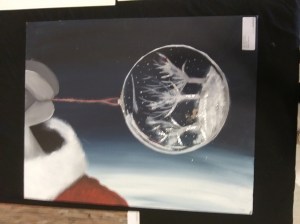 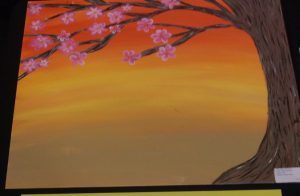 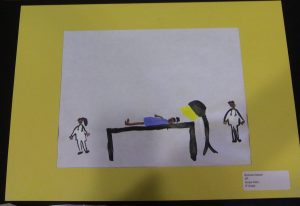 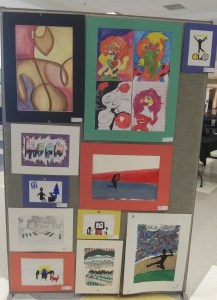 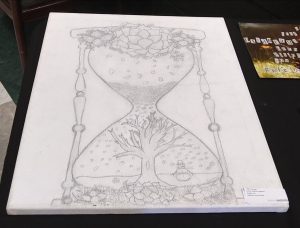 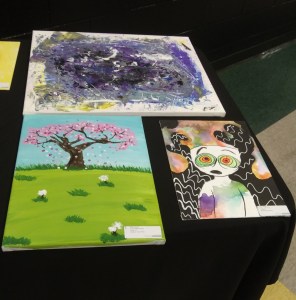 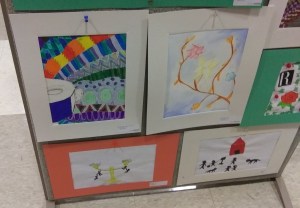 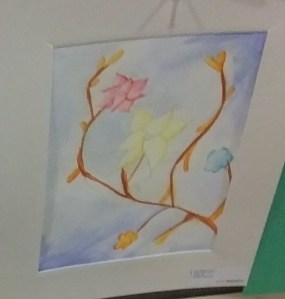 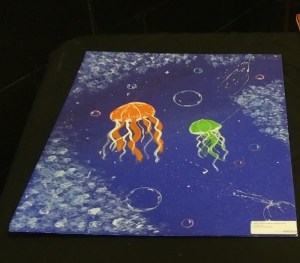 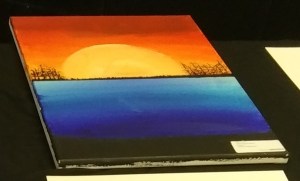 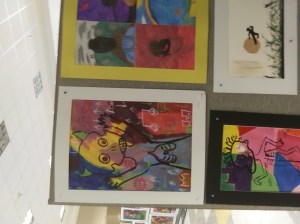 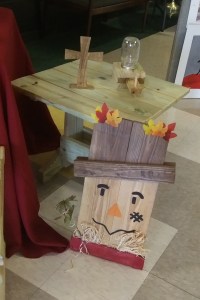 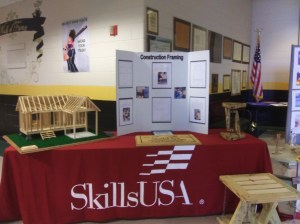 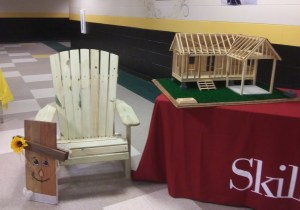 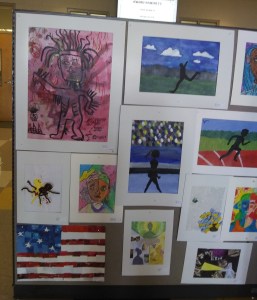 Visual Arts teacher, Kayla Small, expressed pride in her student’s art work, as well as the effort it took for them to put on the art show.

The event took place in the vestibule of the high school with the Greenville Tiger Pride band entertaining both visitors and students.

The art show featured just about any and every kind of art work an admirer could hope to see. From pastels to pencil, mixed media to marker, the show was a veritable feast of color, texture and dizzying style.

The Best of Show was won by MaKhea Mason, with the work “The Unknown”.

The Group Collaboration that came in first place was a work titled “A Café Terrace at Night”.

Second place went to “Jellyfish” by Nakya Coleman and Jessica Longmire. Third place rounded out this category with Justin Crenshaw and A’Marion Taylor winning with their piece “God Bless the USA”.

The top three graphite winners all presented a piece on the “Perspective Drawing of Town”.

Acrylics was also well represented with the first-place work, “Expected” by Matt Jones. The second-place winner was “Ole St. Nick”, by Nakya Coleman. And Jessica Longmire rounded out the top three with the work “Figure Drawing”.

In the Photography category, Whitney Veazey was the clear winner with the piece “Day Dreams”.

The Ink submission was also a clear winner with “Blossom” by Nakya Coleman.

All three winners in the Marker division, won with pieces titled “Rhythm, Pattern and Movement”. First went to MaKhea Mason. Second place to Kei’Shawn Dennis; and third to Gretchen Riley.

Lillian Ingram won the Watercolor top spot with “Swaying Diva”. Leah Nichols walked away with both second and third places with the works, “Euphoria” and “Dazed and Confused” respectively.

Sculpture was well represented by the students in Small’s class. First place, “Rusteze”, was created by Owen Stassi, Matthew Pipkin and Blaine Ridgeway.

Congratulations to all these brilliant young artists. Their works showcased not only their skill and imagination but the thought and time it takes a true artist to convey their message through their work.