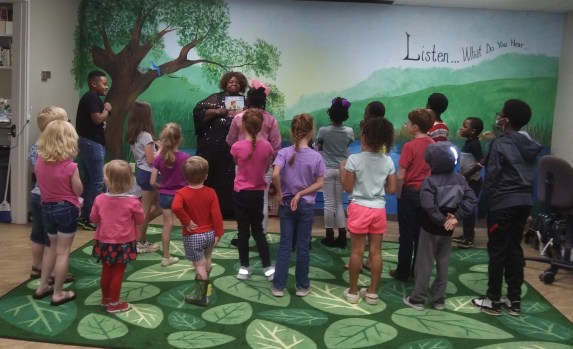 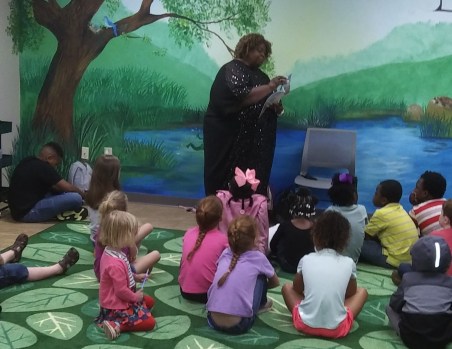 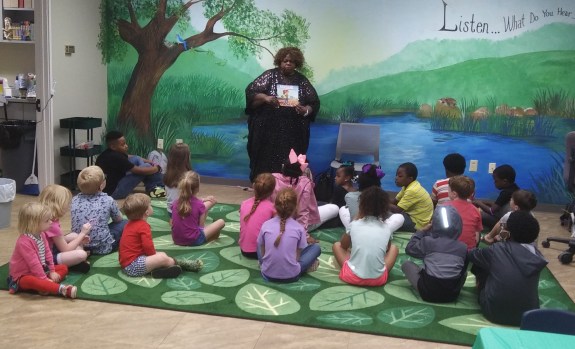 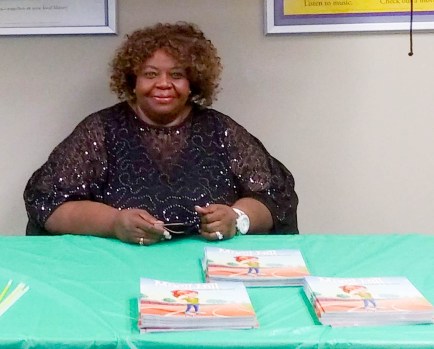 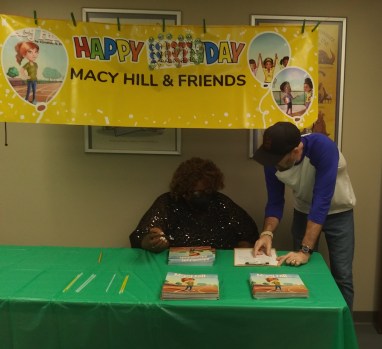 Super Saturday at the Greenville Library was truly super on April 16. Local author Cynthia Herbert wowed the 20 children in attendance with her new book, Macy Hill. This book is the first in a series about a young girl and her friends, and all the great adventures they have.

Macy Hill is all about encouraging children to be the best they can be, friendship and believing in themselves. “Think big” is Herbert’s favorite quote, and her new character Macy Hill certainly lives by that motto.

Herbert said she wants children to know they can become whatever they dream of, whether an author, a track star, or a baseball star.

Herbert, who was born and raised right here in Greenville, wrote her first story at age seven. She enjoys not only writing, but reading the works of other authors, especially her favorite, Maya Angelou. Herbert has always been involved with children, both in tutoring and through children’s ministry and loves sharing the story of Macy Hill and her friends with the children she encounters.

The Nancy Drew series was Herbert’s favorite books growing up. Just like her character Macy Hill and Nancy Drew, Herbert is looking forward to the travel that goes along with promoting a new book.

Herbert has always wanted to be an author. Her ideas come from real life experiences, the author said.

After attending LBW and Reid State, Herbert has watched not only herself, but what others go through to achieve their goals and dreams. This is a major theme in her book.

Besides having one son, Herbert had a loveable pet Chihuahua named Dixie for 22 years that she plans to add to the Macy series one day with a book about her pet.

The illustrations in Herbert’s book come from FX and Color Studio, one of the best illustrators of children’s books in the world. “Ten percent of the proceeds are donated to Muscular Dystrophy,” Herbert said. It’s her charity of choice, and she’s proud of the support she can give.

Greenville Library added to that support by purchasing a signed copy of her book for each of the families that attended Super Saturday.

Both Kevin Pearcey, the director of Greenville Library and Johnathan Grace, director of Children’s and Youth Services, were instrumental in making this dream day a reality for Herbert. Herbert’s book, Macy Hill, can be purchased on Amazon.com.