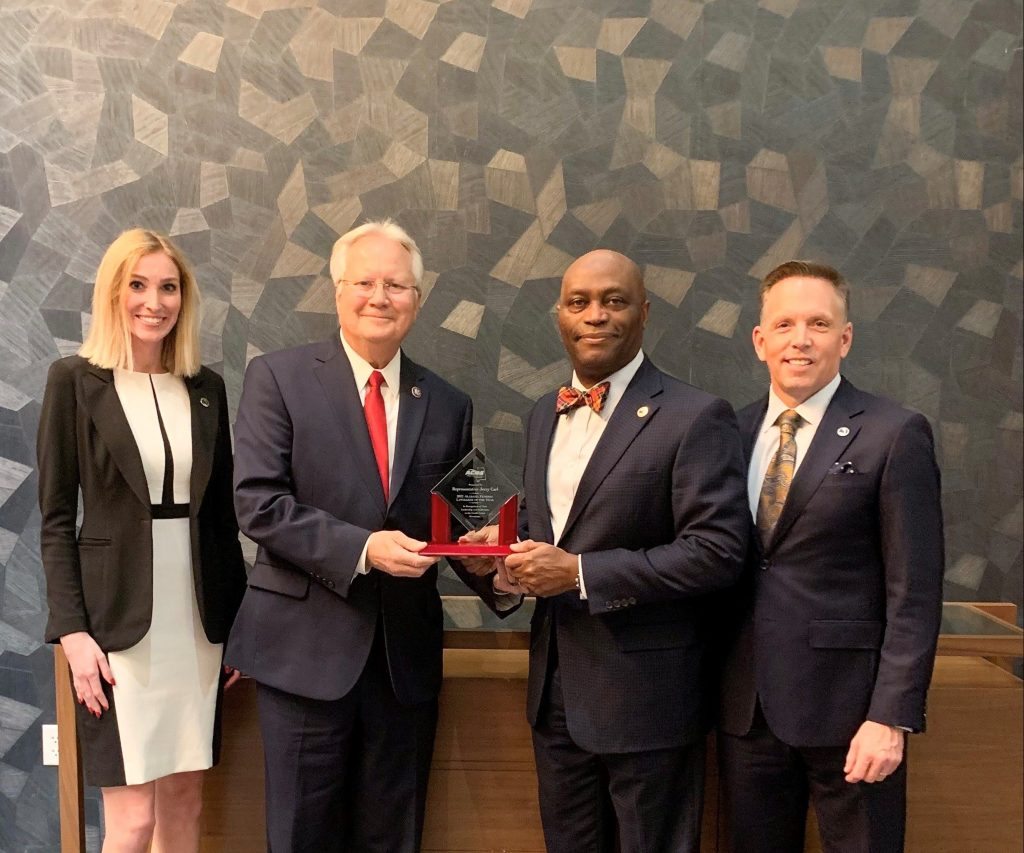 In December of 2021, the League of Southeastern Credit Unions (LSCU) Board of Directors met to approve strategic plans for 2022 and discuss a number of other business items.

Included in items for discussion were 2021 lawmakers of the year. During the nomination and approval process, lawmaker’s contributions to, and support for, credit unions were discussed at length.

The Federal Advocacy Policy Committee voted to nominate Congressman Jerry Carl (AL-01) as the 2021 Federal Lawmaker of the Year, which was later approved by the LSCU Board of Directors. He was formally honored last week in Washington, D.C.

As LSCU fought the proposed IRS reporting requirement, Congressman Carl remained adamantly opposed to the proposal from beginning to end, signing on to multiple letters publicly denouncing the legislation.

In addition to his support in Washington, Congressman Carl regularly meets with credit unions in district to learn more about ways in which he can support financial institutions.

ABOUT THE LEAGUE OF SOUTHEASTERN CREDIT UNIONS & AFFILIATES

The League of Southeastern Credit Unions & Affiliates represents 319 credit unions throughout Alabama, Florida, and Georgia and has a combined total of more than $137 billion in assets and more than 10.6 million members. LSCU provides advocacy, compliance services, education and training, member engagement, and communications. For more information, visit www.lscu.coop. Follow LSCU on LinkedIn, Twitter, and Facebook.