Coach Bess pleased with response to his leadership 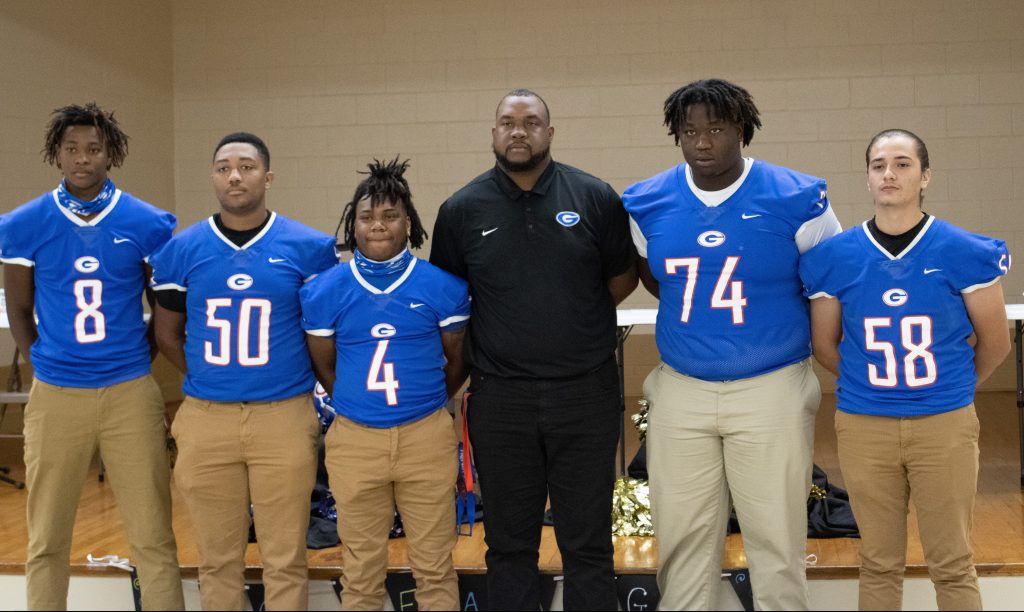 As the newest coach among the group, Georgiana Head Coach Berry Bess responded to several questions related to the team’s response to the change in leadership during the live Q&A panel at the Greenville Kiwanis Club’s Coaches Corner event.

During the panel, Bess made sure that attendees and those listening to the live broadcast understood that the team was nothing but welcoming towards him and open-minded in regards to his coaching style.

“Anything I instill in the kids, they ask questions,” Bess said. “A lot of places I have been, people don’t do that. We’ve had multiple conversations.  When I first started, I met with the seniors to discuss what they were running in the past and mash it up to what I run. These kids are coaching each other and helping each other. They have taken on everything I have brought in and taken me on as family since day one. And that has been amazing to see.”

In addition to questions related to the team’s response to its change in leadership, Bess responded to inquiries about the team’s current status.

According to Bess, the team’s numbers are improving, and everyone is healthy and working to meet their goals for this season.

“We’ve had people come out to join us to get back our numbers,” Bess said. “Currently, we have 35 players on the team. When I first started, we had around 28 players on the team. Thankfully, everyone is doing well. Our goal is making it to the playoffs and maybe winning the region. I’ve spoken to the kids about that a lot. We want to go into every game prepared to win.”

First Assembly is Free and Clear