Sport recognized for decade as commissioner 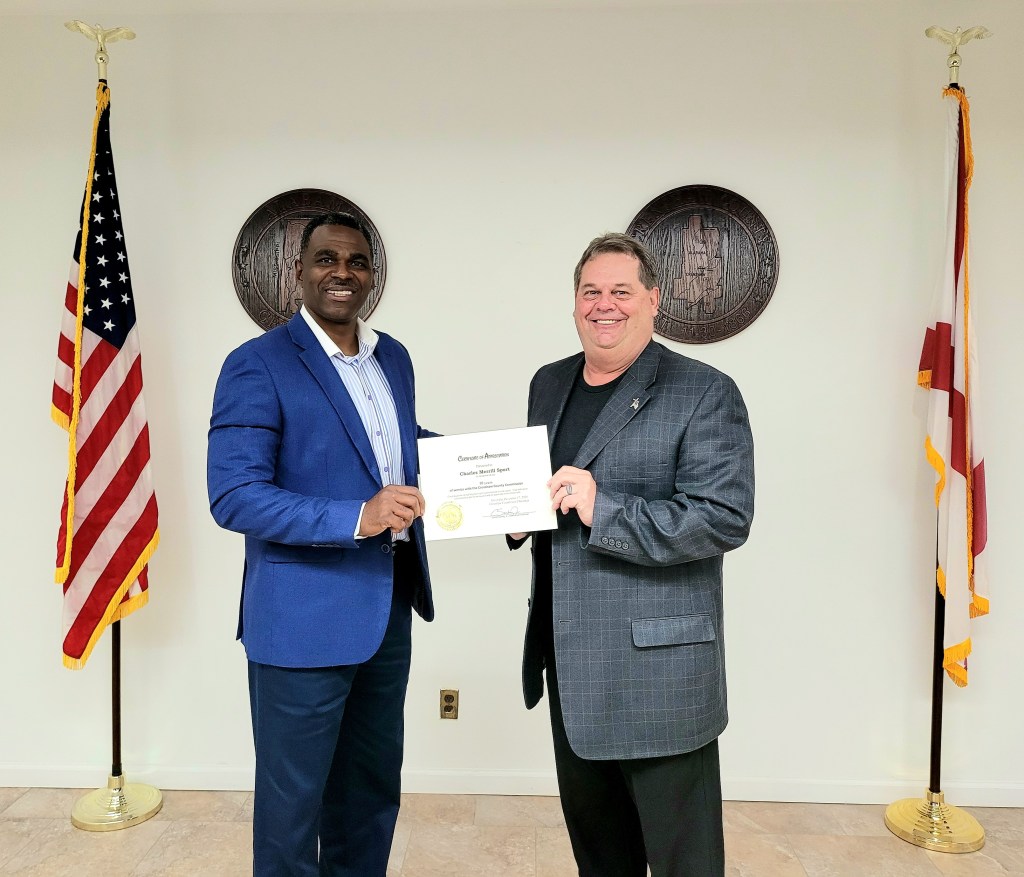 Sport was presented a certificate of appreciation for 10 years of service.

Sankey said it was his honor to present the certificate and expressed his appreciation for Sport’s service to the commission and to the local community.

“I’m humbled by the continued opportunity to serve as District 3 Commissioner for the past ten years and will always strive to do my best for the citizens of Crenshaw County,” Sport said.

Sport is a native of Luverne and graduated in 1975 from Luverne High School. He has developed a career in the outdoor industry serving as president of Hunt Channel since 2013 and was co-founder & director of Pursuit Channel. He has continuously served his hometown throughout the years as not only commissioner, but also serving on the Luverne City Council for 22 years as well as serving on the City of Luverne Electric Board. Sport is also former director of Luverne Parks and Recreation.