Luverne falls to GW Long, 17-0 in first round 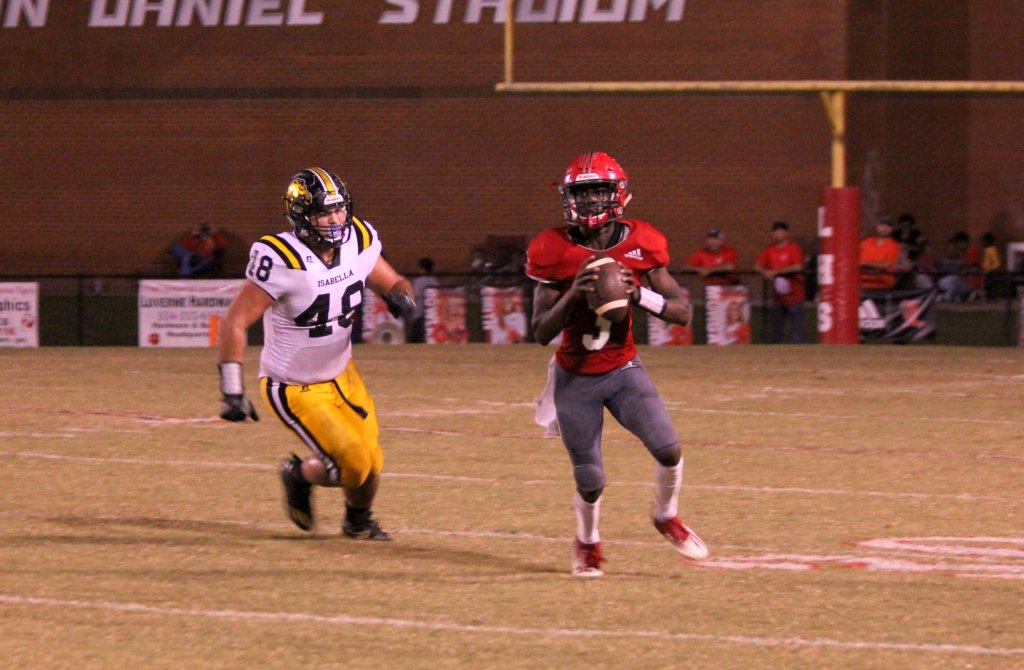 It was tough sledding all night for the Luverne Tigers on the offensive side of the ball, as they fell to GW Long 17-0.

Things started off promising for the Tigers as wide receiver Nikki Taylor found his stride at times.

After reaching midfield in the first quarter, Taylor would take the ball 19 more yards on a jet sweep down to the Rebels 35-yard line. The drive would stall, however, and Long would keep Luverne off the board.

After scoring a field goal, Long would go up 3-0 and then threaten to score again. But the Tigers would have a 20-yard sack from defensive end PJ Rich, which would send the Rebels back to midfield.

Luverne was severely challenged on offense all night long, and never really threatened to score again. Their defense did all they could, holding long to just 17 points – the second lowest amount the Rebels had scored all season.  The game Long scored lower in was the loss to Abbeville, 32-13.

This was the second year in a row that Luverne was eliminated from the playoffs by GW Long.

Fugitives from justices caught in Crenshaw