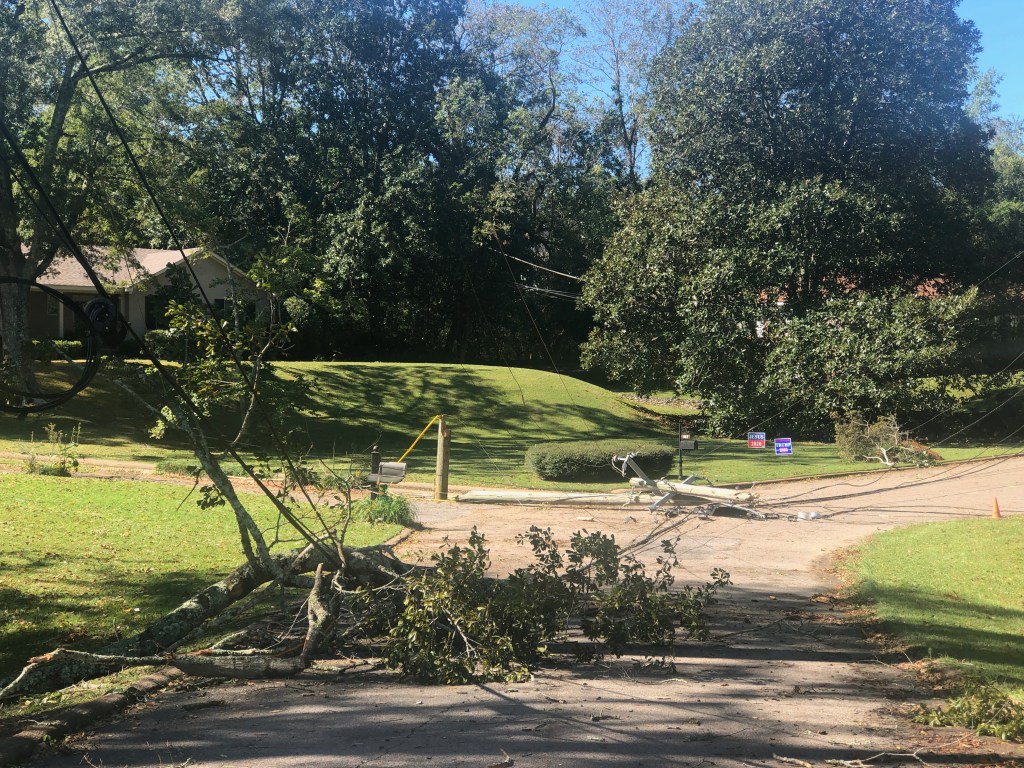 The Hurricane made landfall last Wednesday afternoon near Cocoderie, La., with winds around 110 mph and the weakened to a tropical storm early Thursday.

Zeta was the 11th tropical storm or hurricane to wreak havoc on the United States this year.

The storm trekked through Alabama during the night hours Wednesday into Thursday.

Strong winds knocked down trees, downed power lines and caused other damage throughout the state.

WSFA Weather reported wind gusts of 64 mph in Greenville; 70 in Evergreen; 62 in Selma and 61 in Montgomery.

Roads in Butler County were closed and some have since opened including, Bolton Road, Manningham Road, Shows Road, Hank Williams Road, East Dogwood Trail, Airport Road at I-65.

Others that were still closed included Rhodes Road, County Road 7 at the Wilcox County Line and Ridge Road.

Pioneer Electric Cooperative reported it was 95 percent down systemwide on Thursday morning.

At the beginning of Thursday, 10,600 customers were without power.

Transmission lines were down at the Oak Hill and Camden substations, but were re-energized on Friday.

Pioneer Electric Cooperative General Manager Terry Moseley gave updates throughout the week on how the restoration progress was going.

“The amount of damage is so large it will be a multi-day event,” he said.

“This is the worst hurricane we have had since Hurricane Opal in 1995,” he said. “We regret that it is taking this long. Looks like it will be Wednesday or Thursday before we finish the job. We appreciate your patience during this time.

All power has been restored.

In Greenville, there were powerlines down around the areas of Oglesby Street, School Highlands Road, Cunningham Street, Hicks Street and Woodland Drive.