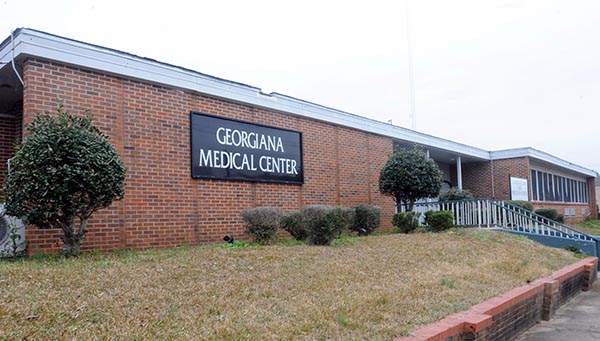 Georgiana Medical Center will close its doors for good on Friday instead of March 31 like originally announced. | Photo by Barrett Leverette

The Georgiana Medical Center will close permanently at 6 p.m. Friday instead of March 31 as originally announced.

Mike Bruce, CEO of Ivy Creek Health made the announcement late Tuesday afternoon saying the decision to close sooner was a difficult one.

“In an effort to maintain the quality of care, Georgiana Medical Center will close on Friday, March 8 at 6 p.m.,” he said. “Most hospital employees have already found placement with other facilities. This decision was not made lightly; it is very important to close the hospital fully staffed and with the same quality standard we opened with.”

Bruce said the lack of patient volume also contributed to the acceleration of the closure.

In the meantime, the  signs outside Greenville’s L.V. Stabler Memorial Hospital remain the same for now, but if you make a phone call to the local facility you’ll likely hear the new name: Regional Medical Center of Central Alabama.

Last month, when the closure of the Georgiana Hospital was announced, Greenville Mayor Dexter McLendon announced the new name and affiliation of the Greenville entity. Dr. L.V. Stabler founded the hospital in Greenville more than 100 years ago, in 1916.

McLendon recently spoke about the efforts between the community and other entities in announcing that L.V. Stabler Memorial Hospital would transition into the Regional Health Center of Central Alabama, a member of the UAB Health System.

The partnership with UAB will allow the hospital to prosper,” he said. “With the closure of Georgiana, we wanted our hospital in Greenville to be a regional medical center. What we’re trying to do is to make sure that we have health care in this county for everybody.”

McLendon and officials from UAB have also been working to select a new CEO for the hospital. He said during a recent meeting that four candidates have been interviewed.

“It’s extremely important,” McLendon concluded. “UAB is involved with us and we’re trying to find a leader to take us to where we need to go. I think this will help with that for the hospital.”