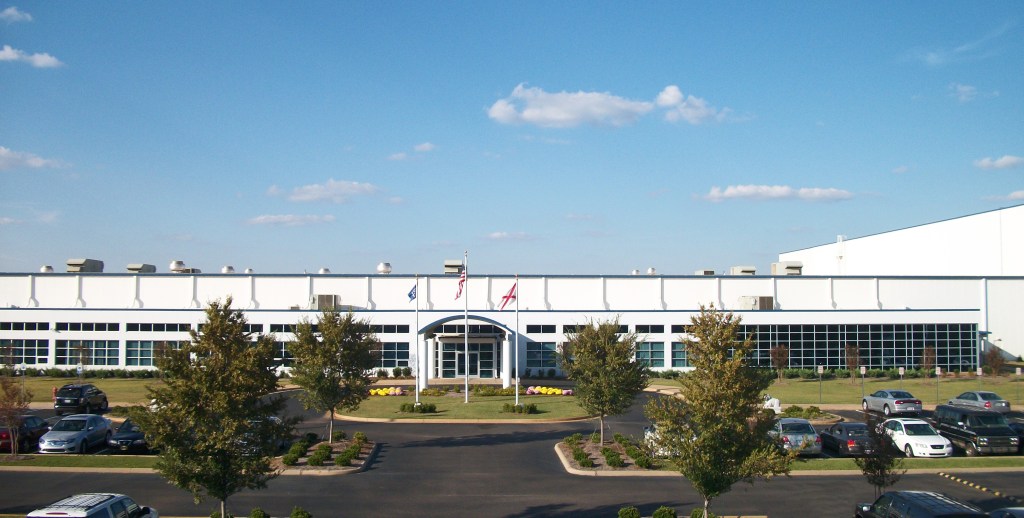 On the verge of a more than $26 million expansion, Hwashin America Corporation was granted tax abatements during Monday night’s Greenville City Council meeting that will assist the Hyundai Tier 1 supplier to continue to grow.

According to Hwashin Human Resources Manager Josh Simmons, the company’s sizeable capital investment at its more than 750,000 square foot facility off Montgomery Highway in Greenville will pave the way for manufacturing parts for the new Hyundai Sonata and increase the company’s workforce by 50 additional employees.

“We will do the investing starting in December and January, starting the process of setting everything up,” Simmons said. “We will have engineers come in for the next six or seven months putting this all together.”

New machinery, dyes, tooling and robotics, in addition to changes in the plant layout and configuration, will all be part of the $26,318,000 capital investment for development of the new mid-size car’s design.

Those five vehicles include Hyundai’s Santa Fe, Elantra and Sonata and Kia’s Sorento and Optima. Simmons believes production of the new Hyundai Sonata could begin as early as July 2019.

As a result, of the Statutory Tax Abatement, there will be an additional payroll of $1 million and increased property tax revenue to the Butler County School System that will exceed $500,000 over the next 10 years, according to David Hutchison, executive director for the Butler County Commission for Economic Development (BCCED)

Greenville Mayor Dexter McLendon was pleased to make the motion for the council to approve the abatements.

“We are still doing 10 years, some cities are not, but we’re still doing it because we know Hyundai is going to have bigger and better things and we want Hwashin to be doing it here,” McLendon said.

McLendon added that Hwashin – Butler County’s largest employer – has been a vital part of the business community for more than 15 years.

“We are excited about the new jobs and investment Hwashin has committed to Greenville,” he said. “Great things happen when city and county governments work together toward a common goal.”

“Companies have a choice regarding where they locate and expand,” he said. “We appreciate the confidence Hwashin has shown in Greenville and Butler County since 2003.”

“It has always been very nice to have a city and county commission, the local government always working together, in order to see progression within the community and helping us to offer more jobs,” Simmons said. “With the proximity to Georgia, we could move east closer to them, but we want to invest here in Greenville, so it’s nice to have a city and county work together to make these kinds of decisions and give us the tax breaks.”

McLendon reiterated that economic development is the answer to increasing funding for local schools.

“The school tax, over the next 10 years, they will get $500,000,” McLendon said during the meeting. “That’s how you increase your tax for your schools, not by increasing your taxes, but by economic development. You increase it, you put money into it and make sure these companies expand. That’s extremely important.”

“We are delighted that Hwashin, by announcing their expansion plans, will continue to create jobs and wages that will in turn add new income to the Butler County Schools,” he said.

With the incentives provided to Hwashin as well as the additional payroll and property tax, Monday’s decision proves to be a win-win for Greenville and Butler County.

“At the direction of the BCCED Board, we spend a lot time and effort in taking care of our existing industry in Butler County,” Hutchison concluded. “Announcements like this are the return on investment of our efforts.”