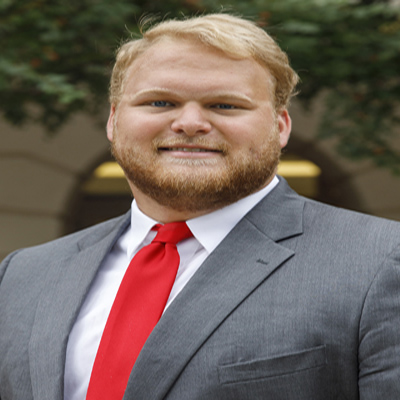 University of Alabama graduate student and Letohatchee native Will Davis was recently accepted into UA’s Rural Medical Scholars Program for the 2018-19 academic year.

Davis earned his bachelor’s degree in exercise science in 2018. He was a 2013 graduate of Fort Dale Academy.

The Rural Medical Scholars Program, which is part of UA’s College of Community Health Sciences, is a five-year medical education program that includes a year of study after students receive their undergraduate degree. It leads to early admission to The University of Alabama School of Medicine.

The program is part of the College’s efforts to address the shortage of primary care physicians in Alabama, particularly in rural areas, and has been cited nationally as a model program.

The state of Alabama has a historic and ongoing shortage of family doctors and other primary care physicians, which includes general internists and pediatricians, in rural areas of the state. Sixty-two of Alabama’s 67 counties are designated as complete or partial health professional shortage areas.

Selection to the Rural Medical Scholars Program is based on a competitive application process open only to students from rural Alabama who wish to become rural physicians. The program provides specialized training and field experiences as well as a peer network among the students and rural doctors – who serve as preceptors and mentors – and former students who graduated from the program and have entered practice.

Now in its 23rd year, the program has graduates practicing in rural communities across the state. Of those who have finished residency training and entered practice, 90 percent are doctors in the state and approximately 60 percent practice in rural Alabama.

The Rural Medical Scholars Program is the culminating program of UA’s Rural Health Leaders Pipeline, which was selected by the National Rural Health Association as the 2013 Outstanding Rural Health Program in the country.