Niblett to speak at Achiever banquet 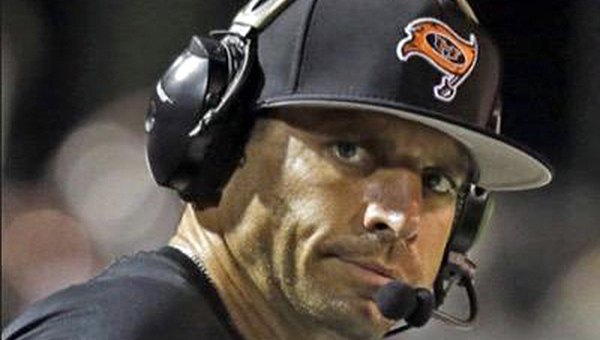 Student-athletes from around the county will have the opportunity to hear from a true achiever May 5 at First Baptist Church.

The Achiever Award recognizes top student-athletes from area schools who not only excel in the classroom and on the playing field, but are also involved in church and the community.

Student-athletes from Fort Dale Academy, Georgiana School, Greenville High School and McKenzie School will be recognized, and two students – a male and a female – will walk away with a $1,500 scholarship.

Niblett said he plans to address the question of “why” when speaking to this year’s Achiever nominees.

“First of all, no matter what circumstance you are in, coming out of, or going into, you have a choice,” he said. “To me, choice is your ‘why.’  Why you wake up everyday, why you seek greatness, and most of all, it is why you get what you deserve. Your ‘why’ should impact those you love, influence those you know and make an impression on those you don’t know.”

Niblett has distinguished himself as one of the top football coaches in the state during his career, which spans nearly two decades.

His success, he says, is a choice he’s made.

“I make a unconditional choice everyday to exceed expectations,” he said.

He has led his teams to the postseason in 15 of his 16 years as a head coach and has won five state titles.

During his eight years at Hoover, Niblett and the Bucs have won 91 percent of their contests.  Under Niblett’s leadership, the Bucs have also dominated out-of-state competition, posting a 9-3 mark.

Niblett, who lettered three years at the University of Alabama for head coach Gene Stallings and was a member of the 1992 national championship team, has coached in the Under Armour All-American game, the Marines Semper Fidelis All-American game, the Alabama-Mississippi All-Star game and the Alabama High School Athletic Association North-South All-Star game. He owns a perfect 7-0 mark in all-star contests.

Niblett believes sports teach a young person how to respond in life.

“Whether you win or lose, master or struggle with a skill, and most importantly, how you carry yourself professionally no matter the outcome or the circumstance,” he said. “Most people’s event in life is our response. There are three languages we express everyday — mind, heart and body.  Sports reveal all three.”

Tickets to the event, which will begin at 6:30 p.m., are $20 and can be purchased at the Greenville Area Chamber of Commerce.

The City of Greenville will play host to the Delta Leadership Institute Executive Academy on Monday and Tuesday. (Courtesy photo)... read more