Lionel Rainey III has been named the Louisiana grassroots director for the Marco Rubio for President campaign.

Rainey, a Camellia City native and the founder and owner of LR3 Consulting & Public Relations, said he was contacted by multiple campaigns, but that after taking a hard look at Rubio and the other candidates seeking office, the decision to throw his support behind the Florida senator was an easy one.

“On each of the key issues facing our country, Marco Rubio offers strong conservative solutions that will present American strength moving forward,” said Rainey. “I am thrilled to be a part of his leadership team and will be working hard to organize supporters across the state in the lead up to the March 5 primary.” 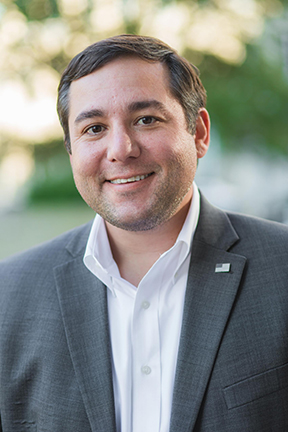 Rainey’s journey into the political realm was a winding one.

The journey began in Greenville — a place Rainey calls “the greatest city you’ve never heard of” — and featured four years in the United States Coast Guard and stops in Troy, Ala., Baton Rouge, La., and London, England before the 1996 Greenville High School graduate decided to make the Pelican State his home.

After completing his service in the Coast Guard, Rainey studied public relations from Troy University and entered the world of news talk radio.

Rainey said he enjoyed his time working at radio stations in Montgomery, Baton Rouge and London, but he knew his true passion was in politics.

“While I was in radio, I was around different political leaders all the time,” he said. “I always loved politics. It was always a passion of mine. I liked working in radio, but I felt like my talents and gifts were in public relations and I wanted to work in the political field.”

That passion ultimately led Rainey to leave the radio business and move back to Baton Rouge, where he eventually founded LR3 Consulting & Public Relations, a firm that specializes in crisis management and political consulting.

“It hasn’t been easy,” Rainey said of starting his business. “It’s truthfully the hardest thing I’ve ever done. Things were very slim for a long time. I barely had enough money to pay rent, but I knew this was my gift and that this is where my talents were, and I made the decision to stick it out.”

That dedication paid off.

Rainey began small, consulting on campaigns for school board and city council elections, and eventually worked his way up to races for seats in the state legislature.

His agency is currently assisting with a campaign for a U.S. Senate seat, along with Rubio’s campaign.

“In politics, it doesn’t get any bigger than that,” Rainey said.

Rainey is also the spokesperson for the City of St. George, an unincorporated part of East Baton Rouge Parish that is seeking to become its own city.

The Greenville native helped lead a movement that garnered more than 20,000 signatures in support of the city’s creation.

Rainey said the process is still ongoing, but is stalled due to a lawsuit filed by those who oppose the creation of the new city.

“I think that taught me a lot about getting out and working to create a grassroots movement,” Rainey said. “That’s really where it all starts. If you’re going to be successful, you have to engage individuals.”

Rainey is hoping that experience will help capture the Oval Office for Rubio.

“I think he’s the right person for the job,” Rainey said. “He’s young. He’s energetic. His policies are on point. He wasn’t born into the political class. His dad was a bartender. He’s truly a self-made man. He just finished paying off his student loans three years ago. He’s someone who can understand the struggles of the typical American. … He’s someone I am completely comfortable getting behind.”