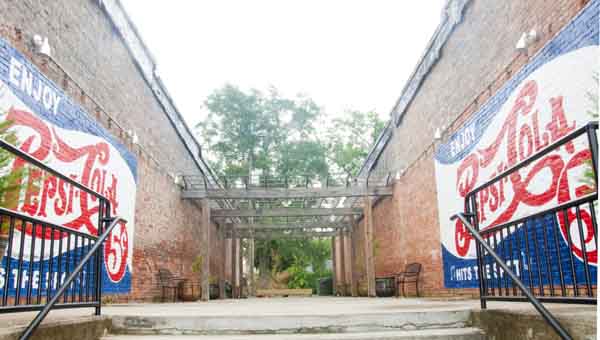 The Pepsi Pavilion may be a work in progress, but that’s no reason not to put it to good use this summer.

Members of the Downtown Merchants Association, the City of Luverne, the Chamber of Commerce and Pepsi Cola Bottling Company of Luverne have been working hard to finish the pavilion project. The DMA started this project to help bring people to the downtown area.

“The main reason was to help the merchants downtown,” said Gary Mitchell, board member of the Downtown Merchants Association, “to bring people downtown, to shop downtown, spend money downtown.”

There will be a charge for organized events and eventually a concession stand that will sell Pepsi Cola products to help offset the costs of maintenance and upkeep of the pavilion.

“It’s not to make money,” said Mitchell, “ just to keep the pavilion up.”

As money is raised renting out the space, more improvements will come. Plans include adding additional seating, building a concession stand and buying a P.A. system.

“Our hope is that people will start using it now,” said Mitchell, “even though it isn’t totally finished.”

To kick things off, Mitchell encouraged musicians to book the space for a performance. He and members of DMA plan to make live music a weekly event.

Musicians are asked to call Mitchell or the Chamber of Commerce to schedule a performance. Acts will not be paid for the performance, but can work for tips.

“We are hoping Friday or Saturday or really any time to sponsor events where people can come to play, said Mitchell, “we are going to be trying to line up some people for some summer events.”

The organization also plans to sponsor karaoke nights and invite gospel groups to take center stage. There has also been talk of dance recitals and block parties.

“If we get entertainers coming in the summer it will be a big boost,” said Mitchell. “We are hoping individuals. We have envisioned glee clubs or church choirs, maybe a band. We’ve talked about having a fashion show.”

“You know what I’d love to see? Square dancing,” said Patty Bees, DMA treasurer and owner of The General Store. “Wouldn’t that be cute?”

Luverne already has several events that take place in the pavilion throughout the year, including the Christmas tree lighting ceremony and the Halloween Treats on Us, hosted by DMA.

From the beginning of the pavilion project, Pepsi Cola Bottling Company donated lots of things to help make the pavilion possible. The local company helped hire Brantley painter Eugene Hendricks, who has done most of the Pepsi murals in Luverne.

Pepsi also made the pergola a few years back and recently donated pallets to use in the making of the stage. Naming the space after its benefactor was the natural progression.

There will be more additions to the pavilion in the future. Soon there will be tables and chairs to give the pavilion more seating areas and possibly a few more murals on the back wall. Also the Luverne High School Class of 1967 has donated benches. Eventually, there will be plaques on the benches to honor those who have passed away.

“We want the pavilion to be the center point, gathering place for downtown,” said Mitchell.

For those interested in renting, reserving or performing at the pavilion, contact Gary Mitchell or the Chamber of Commerce for more information at 334-301-3337. 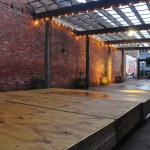 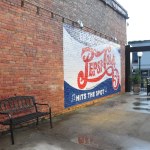 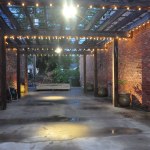 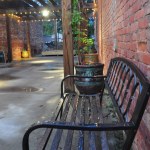 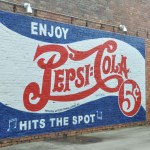 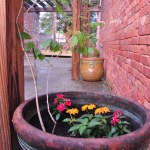