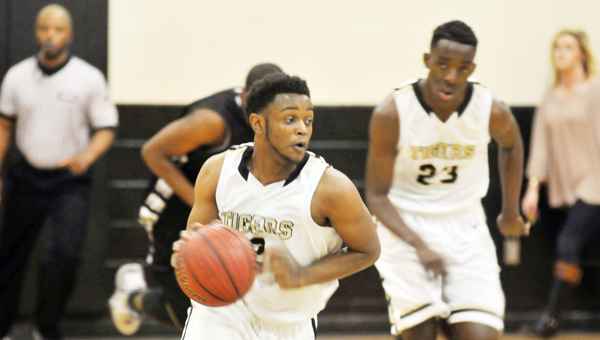 The Tigers’ offense looked like a well-oiled machine on the court. BT couldn’t keep up with the fast-paced ball movement.

As a result, GHS outscored the Rams 23-8 in the second period to lead 37-17 at halftime, all but putting the game away.

Defensively, the Tigers switched from a 2-1-2 to 2-3 zone with a little match up thrown in there for key stops down the stretch in the first half.

One highlight came during the second 8 minutes, when Smith set up a nice alley-oop dunk for Moore to give GHS a 19-9 advantage.

As much as the Rams wanted to get back in the game, they didn’t have an answer for Greenville’s attack.

However, BT did show some life, but it was too late to play catch up.

GHS is back in action on Friday at Alabama Christian.