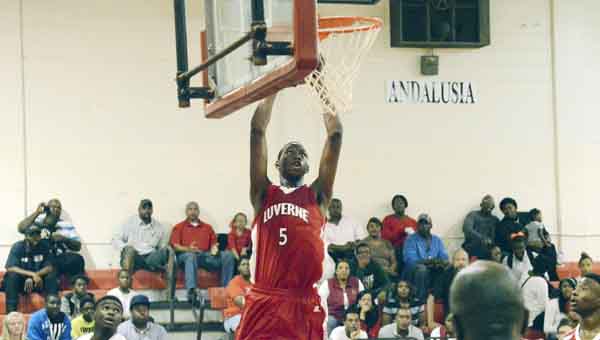 It was a slow start for both teams in the first, as neither could find a basket early, but the Tigers were out front 11-7 after one period.

The Tigers really turned it up a notch in the third period, and Alabama commit Donta Hall seemingly blocked or altered every shot attempt made near him. The Tigers pulled away in third period by scoring 20 points to the Bulldogs’ 10. After three periods, the Tigers were up 48-32.

The fourth period was about the same. Hall continued to make his presence known by blocking shots, and throwing down a handful of dunks. It was tough for any of the Bulldogs to make shots with Hall lurking in the paint. The Tigers held on for a 71-47 victory.

Hall was the leading scorer for the Tigers with 20 points.

“We had a pretty good game plan going, but tiredness and fatigue set in on the boys,” Bulldogs’ head coach Richard Robertson said. “I appreciate the effort the kids put in, and we are will stick with our philosophy. We have got to get better at everything we do. We missed all kinds of shots to begin the game. Luverne has been to the Final Four the past few years, so it’s hard to bet that kind of experience. We don’t have that yet, because we have a lot of young players. The positive thing about a lot of young players is that we have them for a while. We have to get better at what we are trying to do.”