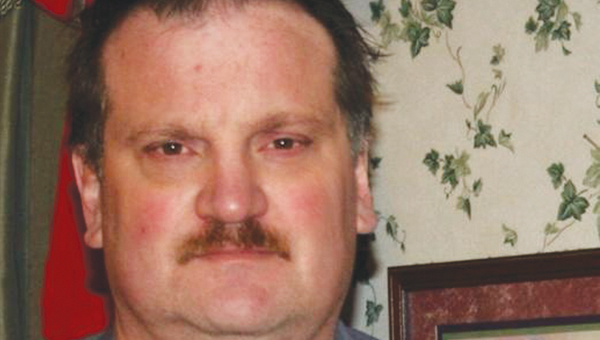 Tim Williamson died of a heart attack earlier this week at 48. | SUBMITTED PHOTO

If somebody was having a bad day, count on Tim Williamson to help turn a frown upside down.

Williamson died Monday from a massive heart attack at the age of 48.

“Tim was a good officer,” Butler County Sheriff Kenny Harden said. “He was easy to get along with. He’s the type of officer who would make you laugh. I can be in here getting onto him and somehow, he’d make a joke about it.”
Harden said Williamson learned his lessons, but would also find positives out of them.

“He will be missed here,” he said. “When you lose a deputy like that, he was a part of a family. He’ll be missed, but won’t be forgotten.”

Just outside of Harden’s office are two clerks — Sherry Henson and Renee Hickman — who both said Williamson would make a bad day good.

“He was one of a kind,” Henson said. “There’s no other way you could explain it. No matter how mad he made you, he always made you smile. You couldn’t help but like him.”

To Henson and Hickman, Williamson was more of a “big brother who liked to pick on us.”

Williamson served in the BCSO for some 20 years. He was first hired as a correctional officer for just two months until he went on to be a road deputy. His first stints in law enforcement came with the Greenville and Georgiana Police Departments before coming back to work in Butler County in 2007.

Prior to working as a police officer and deputy sheriff, Williamson served in the U.S. Navy, where he met good-friend and colleague, BCSO Chief Deputy Lenny Lee.

Lee said he first met Williamson while on a ship in the Indian Ocean. It wasn’t until he got back to Greenville when he realized that Williamson served in the Navy with him.

After that, they became fast friends.

“He was an easy-going guy, and very funny,” Lee said. “I had no problems with him as an employee. Even though I was his supervisor, I was very close to him. I considered Tim like a brother to me.”

Special memories are too many to count for a man who gave so much delight to so many.

Harden recalled one memory where Williamson kicked down the door to the wrong house on a search warrant.

“We were executing a search warrant one day, and told everybody how he hit one house next door and had to go over there and smooth that out,” Harden said with a chuckle.

Hickman said there won’t be another Tim Williamson made.

“He was funny,” she said. “He was definitely one of a kind. They threw that mold out as soon as he made him. They said, ‘we aren’t doing this one again.’”

Lee said a special memory that’ll stay with him forever took place two years ago during a stand off on McKenzie Grade Road.

“He was there for me,” Lee said. “I will always remember that. That could’ve gone very bad. We were there for each other through the whole ordeal.

“He always told me whatever I needed, he’d never let me down,” Lee said. “Tim never did.”

Harden said even though the department will find another deputy, Williamson can’t be replaced.

A funeral was held for Williamson on Thursday afternoon. He is survived by his father, sister and two brothers.