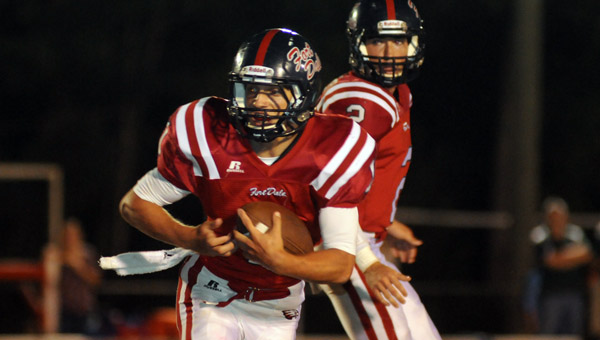 The Eagles (3-3, 1-2 Class AAA, Region 1) raced out to an early lead when junior quarterback Austin Vickery connected with senior running back Ryan Burkett for a 36-yard touchdown with 10:25 to play in the first quarter.

Vickery put the Eagles ahead by two scores late in the first quarter when he hit senior Joseph Peavy for a 21-yard score.

Vickery capped the scoring for FDA with a rushing touchdown early in the final stanza to seal the Eagles’ win.

“Tonight’s game was a big win for us,” Burkett said. “It was the first in our region and very important.  Hooper played a good game.  We were able to get ahead early in the game and keep up the pace.   We played well as a team tonight and we just continue to focus on getting better week by week.”

Burkett finished with 98 yards rushing on 15 carries. He also had 59 yards receiving on two receptions.

The Eagles will be back in action next Friday when they hit the road for a showdown with region rival Monroe Academy. Kickoff is slated for 7 p.m.