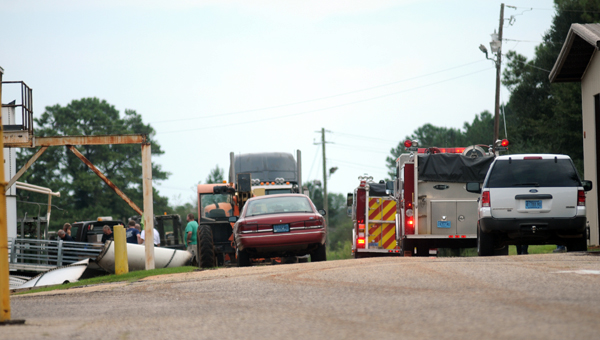 A blaze near the Ozark Materials manufacturing plant Thursday afternoon looked more dangerous than it was, according to Greenville Fire Chief Chad Phillips.

According to Ozark Materials’ Van Spier, the company is having three metal tanks cut up and removed from the plant. The company doing the demolition work used torches to cut the metal tanks into smaller pieces. While workers were cutting down the third tank, a passerby noticed flames coming from the tank and called the Greenville Fire Department.

“A small piece of material caught on fire while they cutting up that old tank,” Phillips said. “A passerby called it in as a structure fire.”

Phillips said no one was in danger, nor was the building in danger of catching fire.