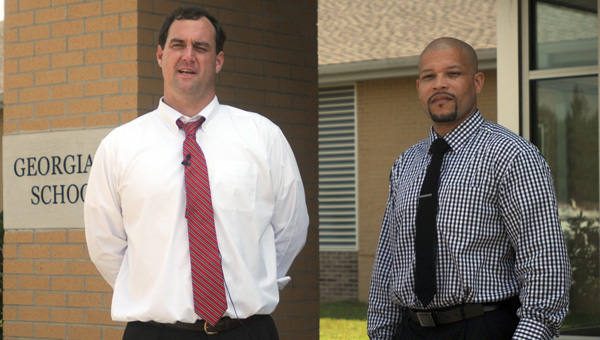 Alabama House of Representative candidate Walton Hickman announced on Tuesday that he is in favor of a lottery to help fund the state’s public school system.

Hickman, a Democrat seeking the District 90 seat in the Alabama House of Representatives, said the lottery would be similar to those in Georgia and Florida that help fund pre-kindergarten through higher education. The proposal would also help provide scholarships to two- year and four-year colleges, as well as job training programs.

Supporters of the lottery say it could raise $250 million a year for public education. That number is based on first-year experiences of Tennessee, Georgia and other states that have lotteries.

“It’s time to offer real solutions to our education funding problem,” Hickman said. “No more campaign gimmicks. That’s why today I’m announcing my support for the Alabama Education Lottery. Each year millions of dollars are spent in Georgia, Tennessee and Florida paying for their children to go to school. It’s time to keep our money here in Alabama for our children’s education.”

This isn’t the first time a lottery has been discussed in Alabama. Just four years ago, Democrat Ron Sparks proposed a lottery while campaigning for governor.

In 1999, then-Gov. Don Siegelman pushed for a lottery, which voters rejected.

Creating a lottery in Alabama would require an amendment to the Alabama Constitution.

The House of Representatives and the Senate would then need to give their approval. Finally the proposal would need to garner a majority vote from voters statewide.

“This would help every school in the state,” Hickman said.

Hickman’s opponent, Republican Chris Sells, has said he would support local schools by donating $10,000 of his legislative salary to schools in District 90 should he be elected.

He said the money will be designated for classroom supply use.

“In addition to donating $10,000 of my legislative salary back to the school systems, I will also work to form a not-for-profit organization which will allow citizens and businesses to make tax deductible donations to our public schools,” Sells said. “I know there are a lot of people who want to help our schools systems and I want to help them make that donation easily.”

Hickman said he doesn’t believe that is a real solution to the problem.

“Mr. Sells has announced that he would spend $10,000 of his own salary to fund local schools,” Hickman said. “That’s just a campaign gimmick as far as I’m concerned.”

Sells said he isn’t opposed to a lottery.

“I’m always supportive of the people of Alabama having the right to vote on an issue,” he said. “I honestly believe the people of Alabama are ready for another vote on the lottery. I’ve talked to a lot of people in the district who have expressed their desire for a lottery, and I think they should have the chance to vote on that. I don’t know if the state as a whole will support it, but I’d be in favor of putting it to a vote.”

Voters will decide between Hickman and Sells in the Nov. 4 General Election.