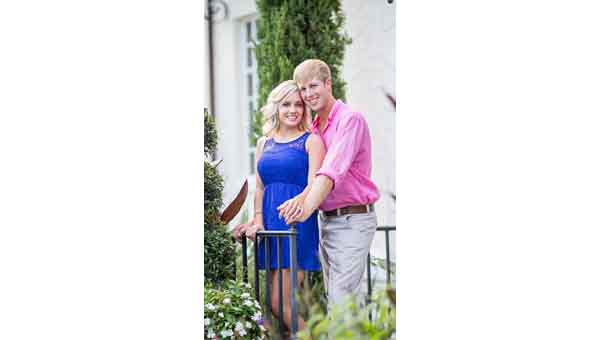 Mr. and Mrs. Kenneth Teel of Andalusia announce the engagement and forthcoming marriage of their daughter, Kimberly Lynn Teel, to Zachary Todd Johnson, son of Mr. and Mrs. Todd Johnson of Brantley.

Kimberly is a 2011 graduate of Straughn High School and a 2013 graduate of LBWCC where she received a degree in Cosmetology. She is currently employed with the Grande Salon and Spa in Andalusia.

Zach is a 2011 graduate of Brantley High School and a 2013 graduate of Southeastern Technological Training Center of Trenton, Ga. He is currently employed with Covington Electric Cooperative.

The wedding will take place at 5 p.m. on Sept. 20, 2014, at Bethany Baptist Church, Andalusia, Alabama. Reception shall follow at The Plantation, Andalusia.

All friends and family are invited to attend.