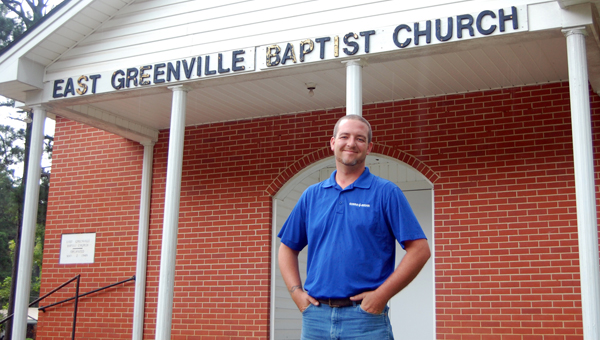 Dustin Harris heard a call and answered it.

The 29-year-old Georgiana native said he feels that God has called him to serve as a pastor.

He’ll have that opportunity at East Greenville Baptist Church.

Harris will serve as the church’s interim pastor for three months. At the end of that time, the church members will decide whether or not they want Harris to remain as their pastor.

“God personally called me to be a pastor, since then, a passion has grown in my heart to lead others to Christ,” Harris said.

Harris is taking correspondence classes online at The School of Biblical Evangelism to further his knowledge of the Bible.

Harris also works for Gorrie Regan and Associates as a service technician. He said that his job places him in different cities each day and allows him to cross paths with many people.

“Traveling for this job has given me the opportunity to meet new people and tell them about what God has done for me and what he can do for them,” said Harris.

While at East Greenville Baptist, Harris plans to bring in newer music and fresher look to the church.

“Being a young pastor will hopefully help bring younger people into the church,” he said. “The younger generation is going to be the foundation of the church in the years to come, so the more the merrier.”

Harris also plans to start a youth group and children’s church while he is interim pastor.