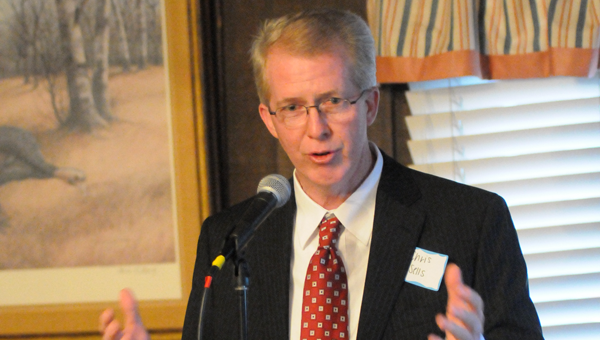 Sells received 1,766 votes (51 percent) to Newton’s 1,691 votes (49 percent) to win the GOP nomination for Alabama House of Representatives District 90, which covers all of Butler County and Crenshaw County, and portions of Conecuh County, Coffee County and Montgomery County.

Newton, who was first elected to the House of Representatives in 1989, switched from the Democratic Party to the Republican Party in March.

Sells, who owns and operates Sells Medical Equipment, has said he is concerned with the difficulties in the education system, the need for additional employment opportunities and wasteful spending of tax dollars.

“The people of District 90 need a representative that is proactive for the district,” Sells said. “The day of laid back politics needs to end. Times have changed and we must change with them. I know that you can’t continue to do the same things and expect different results. I would like to see the return of a system in which we plan our spending more carefully. I am a hard-working, business-minded person with the dedication to make a difference in our district. It is important that we provide our citizens the opportunities to prosper and make our district a better place for generations to come.”

Sells will face Democrat Walton Hickman in the general election.

Hickman is an attorney that resides in Butler County.