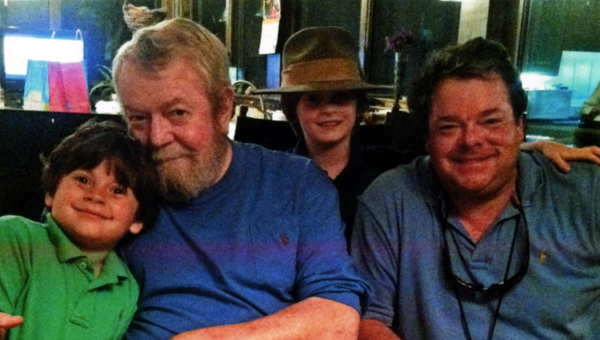 Stirling Hereford Hamilton, Jr., a man described by those who knew him as quiet, charming, shrewd businessman, passed away May 25.

Hamilton was a longtime businessman in the Camellia City operating Sterling Oil Company, Inc., which was established in 1933 by his grandfather, C.E. Whiddon.

Several years ago, Hamilton stepped down, leaving the company in the hands of his son, Stirling H. Hamilton III, and longtime business partner Steve McGowin, but his influence could still be felt across the company.

“I’ve been in business with him since 1971 when I started at Sterling Oil Company,” McGowin said. “The business was pretty small when I started and has grown over the years. Stirling was a great businessman. He identified very much with the family and the family’s history with the business. It was paramount to him and he wanted to always prevail. He was the kind of person that made things happen and always a stickler for fairness. His motto in business was you can never make a business deal work if it’s not fair for both parties.”

McGowin, who had been friends with Hamilton since childhood, said after so many years as friends and business partners, the two could finish each other’s sentences.

“Stirling was a charming person, very intelligent and really cared about his family, people and the employees of Sterling Oil Company,” McGowin said.  “He was quiet and enjoyed his own personal space, but he was such a joy to be around. His health was a real struggle for him the last several years, but he never gave up. He was a fighter.”

Richard Hartley and Hamilton, who enjoyed golf, sailing and fishing, were lifelong friends.

“Stirling and I became next door neighbors on Hamilton Street when we were just 2-years-old and stayed the best of friends until May 25 when he passed away,” Hartley said. We grew up with one another and were involved in Cub Scouts, Boy Scouts, you name it, we were a part of it.  Stirling had a bit of a shy personality but he was a whole lot of fun to be around.  He was a unique person and a very good businessman. He loved his family and grandchildren tremendously.  Stirling was an upstanding citizen, businessman, family member and friend.”

A memorial service for Hamilton will be held Saturday at 11 a.m. at St. Thomas Episcopal Church. Visitation with the family will be just prior to the service at 10:30 a.m. in the church’s Parish Hall.