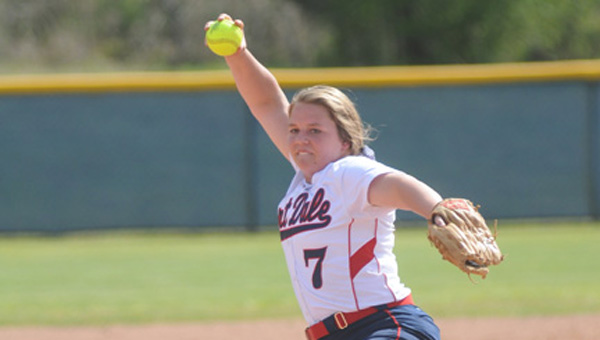 Fort Dale Academy plated eight runs in the bottom of the fourth inning en route to an 11-7, come-from-behind victory over Evangel Christian Academy Monday in Greenville.

The offensive outburst helped the Lady Eagles overcome a 6-3 deficit.

“We started hitting the ball,” Johnson said. “That was the main thing. We also started cutting down on our errors, but the biggest thing is we started putting the ball in play.”

After falling behind 3-0 in the game’s opening inning, and 5-0 by the top of the third inning, the Lady Eagles began to chip away.

Fort Dale took the lead for good in the bottom of the fourth.

“I’m really proud of our girls,” Johnson said. “They played hard and they battled back. They did a great job.”

Charli Hood earned the win in the pitcher’s circle for FDA. She tossed all seven innings and tallied two strikeouts.