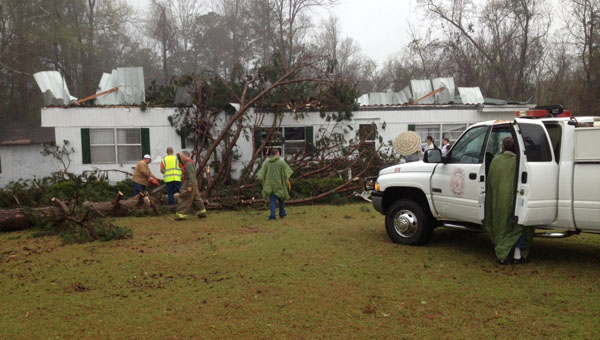 Dozier Volunteer firefighters work to clear debris and cut down a tree that fell on this mobile home on Leon Tower Road near Dozier. (Photo courtesy of Robert White)

This morning’s strong winds and rain caused damage on Leon Tower Road near Dozier, and officials believe straight-line winds are the cause.
Crenshaw County Sheriff’s Deputy Robert White and Reserve Deputy Chris Marsh were the first ones to the scene.
A tree was uprooted and fell on a mobile home in the area.
White said they secured the area.
“Power was cut off by Covington Electric Cooperative and the tree was cut up by the Dozier Volunteer Fire Department,” he said.
White said there were no injuries. 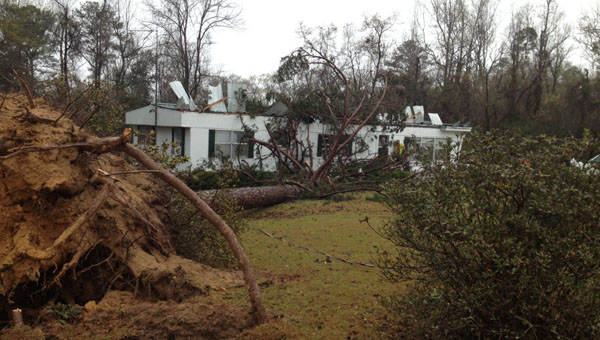