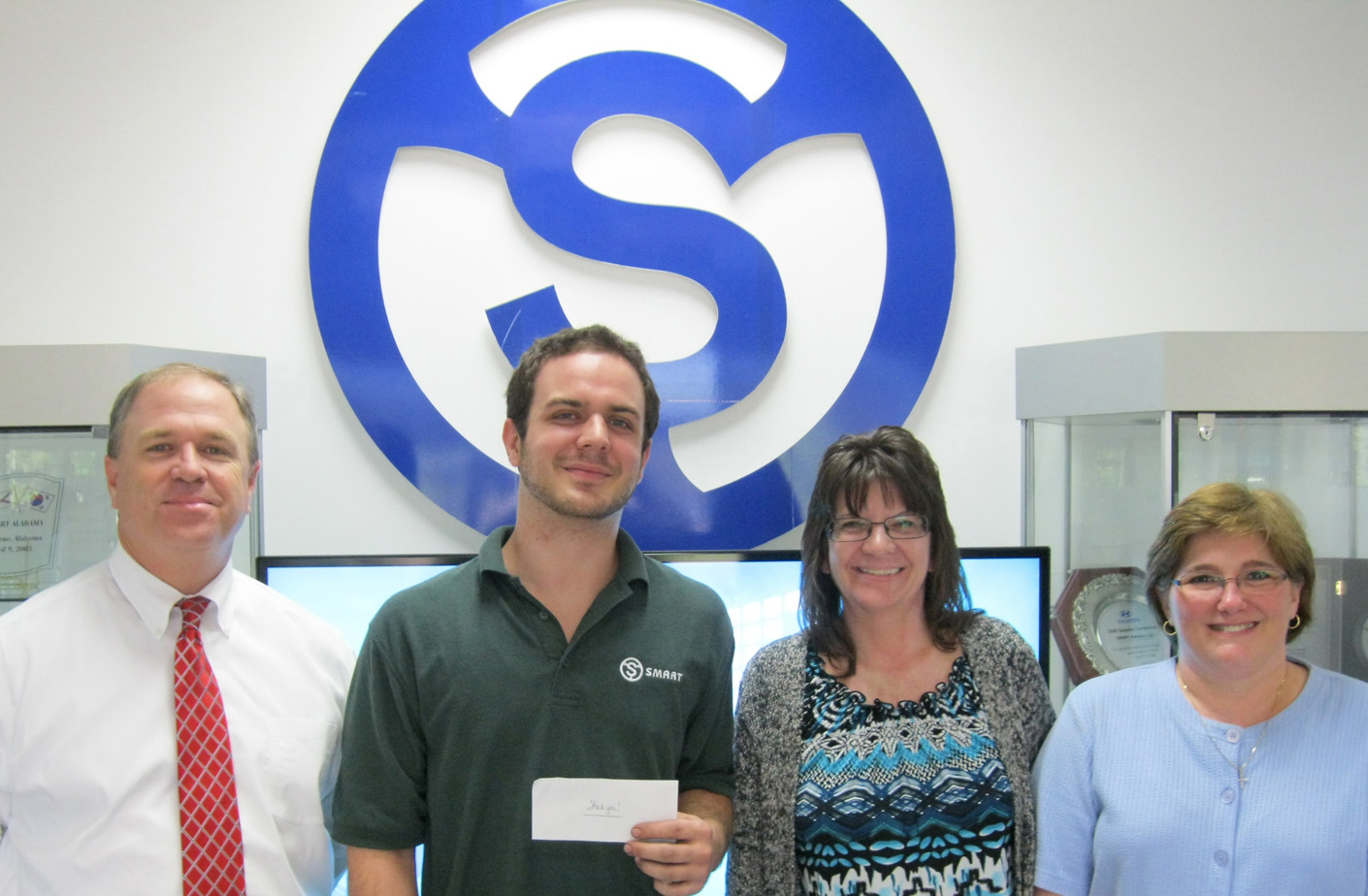 What was supposed to be a routine visit to the ATM machine at First Citizens Bank in Luverne turned out to be an opportunity for Jeremy Bayman to teach local residents a lesson in being a Good Samaritan.

It was also a split second character decision test Jeremy Bayman passed without hesitation demonstrating quality traits that our society longs to see lived out among our citizenry.

On Friday around lunch,  Bayman made a quick stop by the bank before he reported back to his job at SMART.

To his surprise when he pulled up to the ATM machine, someone before him hurried off before collecting his or her money.

Bayman retrieved $200, and without blinking and before making his own ATM cash withdrawl, he hustled into the bank and headed straight for one of the tellers.

He turned over the money, and was almost late for work.

In fact, bank officials said he didn’t even have time to make his own withdrawl before heading back to work.

Bayman didn’t even leave his name or contact information behind, and soon bank officials turned in to Sherlock Holmes to determine who the young man who mysteriously turned in $200, so they could personally thank him.

Petrey, struck by this unprecedented news dispatched Sanders, Crist and Smyth to SMART to track Bayman down.

Bayman was not only greeted with gratitude and enthusiasm from the FCB team, but he was given a $100 bill as a token of recognition for his honesty.

“In this day of what seems to be the decline of values taught to all of us by our parents; it is refreshing to witness a volunteer act of honor,” Petrey said. “Our parents taught us to always do what is right even when no one is looking. Jeremy did the right thing and brings a notable respect to himself, his family and SMART. Jeremy made such an impact on all of us her at FCB, we welt the need to share this story with others.”