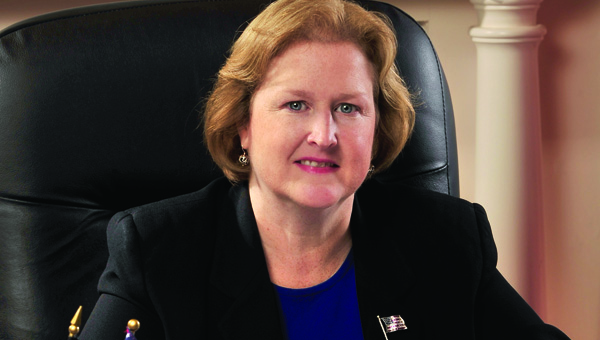 Chapman, a Butler County native and graduate of Fort Dale Academy, announced on July 1 that she was resigning from her office as secretary of state effective Aug. 1.

According to a statement issued by the Alabama Farmers Federation on Monday, Chapman will begin her new job Aug. 1.

“Beth is a friend of farmers and shares the values, goals and concerns of our members,” Parnell said. “She is respected for her integrity and citizenship. We look forward to working with Beth as the Federation supports candidates who will fight for Alabama families.”

Brian Hardin, director of the Alabama Farmers Federation’s Department of Governmental Affairs, said Chapman will serve as a contract employee in charge of research and campaign services.

“We are excited to have Beth on our team,” Hardin said. “As we prepare for the 2014 elections, Beth will help surface candidates, conduct research, organize grassroots activities and advise Federation-endorsed candidates on campaign strategies.”

Chapman, who has 17 months remaining in her second term as secretary of state, was first elected to the office in 2006.

Chapman was not eligible to seek re-election. Alabama’s secretary of state may serve only two consecutive terms before having to vacate the office for at least one term.