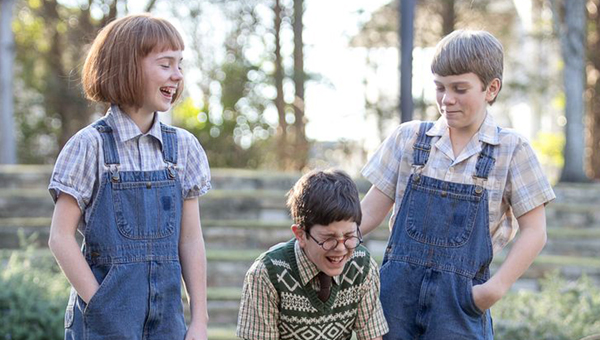 For 40 years, the Alabama Shakespeare Festival has housed some of the most experienced theatrical talent the world over.

This March, ASF will also feature one of its youngest and brightest.

Fort Dale Academy sixth grader Abbie Salter will be making her Alabama Shakespeare Festival debut this month as Scout, the tomboyish and courageous lead in the adaptation of Harper Lee’s Pulitzer Prize-winning classic To Kill a Mockingbird.

Salter said that she was bitten by the acting bug at a very young age.

“I was two years old and I started doing plays in my living room,” Salter said. “I would make tickets for my mom and dad, and stuff like that.  I guess it all went from there.”

She started dance recitals at the age of three, which introduced her to the concept of performing onstage in front of an audience.

Her first real play wouldn’t come until second grade, however, in which she played the role of Kate in the production “Annie.”

Salter’s own efforts to establish a drama club at Fort Dale Academy have yet to bear fruit, but it hasn’t stopped her from pursuing her passion.

In fact, it was that drive to pursue theater by other means that landed her a starring role in “To Kill a Mockingbird.”

“I went to Camp Shakespeare and I did ‘Comedy of Errors’ there,” and after that they emailed my mom and asked me to try out for ‘A Christmas Carol,’” Salter said. “I tried out for that, and there they told us about ‘To Kill a Mockingbird.’  They told us about Scout, Jim and Dill, and I was like ‘Hey, Scout sounds pretty cool.’”

Although the community stage no longer makes her nervous, Salter is worried about performing on the Alabama Shakespeare Festival stage.  Fortunately, rehearsals have been a fun, albeit time-consuming, affair.

She has even made friends with the other two child actors in the play.

Above all else, the ability to don a figurative mask and become a new person is something that keeps each theatrical experience interesting.

“I like being different characters,” Salter said. “This is what I want to do for my career.  I want to grow up and be an actress.  I’ve known for as far back as I can remember.”