I-65 crash claims the lives of 9 children, 1 adult 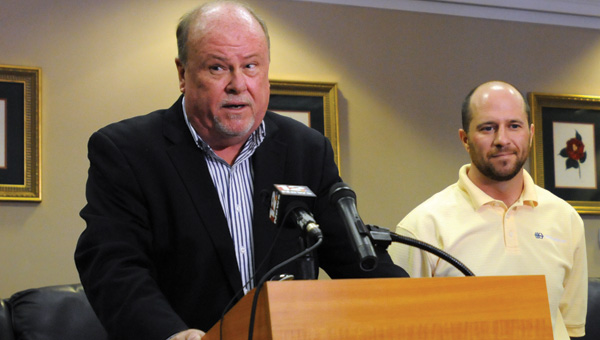 According to Josh Simmons, Hwashin Human Resources Manager, the expansion will allow the company, which produces chassis and body components for Hyundai and Kia, to add production and welding lines to accommodate the increased demand for parts for Hyundai’s Sonata, Elantra and Santa Fe.

“Hyundai and Kia are both growing and expanding,” Simmons said. “In order to keep up with the demand for their vehicles, we’re having to expand our production and that’s going to create jobs, and that’s great for our community.”

Simmons said he expects the hiring process to begin around June or July.

“I don’t know where we would be today if Hyundai had not made the decision to come to the Montgomery area,” he said. “… It’s been a difficult four or five years (economically), but during that time Hwashin and Hysco have continued to grow, and that’s benefited our community. I don’t know of many places our size that have been growing like we’re growing and that has a lot to do with the investment Hwashin and Hysco have made in our community. ”

Simmons said construction on the expansion could begin as early as April. The company’s plans for expansion were approved by the Greenville Planning Commission on Monday.

The additional welding and production lines could be up and running by the end of the year, according to Simmons.