McWilliams to step down as chairman 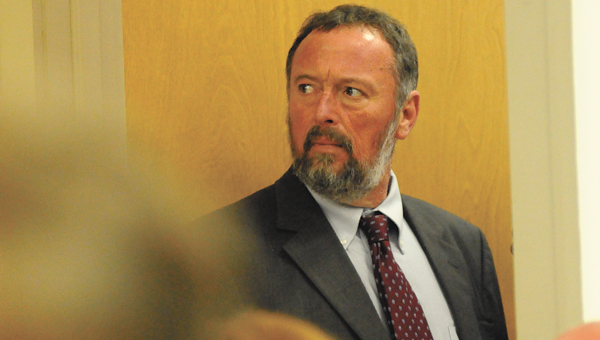 Jesse McWilliams, who has served as the chairman of the Butler County Commission since 2004, announced on Monday that he plans to step down from that role when the new Commission takes office on Nov. 14. (File Photo)

For nearly a decade, Jesse McWilliams has served as the chairman of the Butler County Commission.

On Monday, McWilliams announced that he plans to step down from that role in November when the new commission takes office. McWilliams will continue to serve on the Commission.

“This is not something I just want to do, but it’s something that I feel is necessary for the county to go forward. I’ve been here for a long time, and I believe there needs to be a change going forward.”

McWilliams, who was re-elected in March after garnering 76.2 percent of the vote, has served as the Commission’s chairman since 2004.

“This doesn’t mean I don’t want to be chairman,” McWilliams said. “This is a very emotional thing for me. I’ve done a lot of praying and a lot of talking, and I’m still trying to talk myself into it. … I’m not tired of it, but sometimes you need to do something different, and with a new group coming on it’s time to do it.”

McWilliams said that Commissioner Frank Hickman has agreed to serve as the chairman if elected to the role by the new commission. Hickman has served on the Commission since 2001 when he was appointed to fill the unexpired term of Joe Hendrix, who had passed away.

In November at least two new commissioners will take office.

Darrell Sanders will replace Lynn Harold Watson as the District 5 representative after winning the Democratic primary election in March. There was not a Republican candidate seeking the office.

On Nov. 6, voters will choose between Allin Whittle and Charles Rogers to represent District 4. Whittle won a runoff election against Robert Blankenship in April after the pair defeated longtime commissioner Jimmy Crum in the Democratic primary.

Jerry Hartin and Joey Peavy are vying for the District 1 seat.

The new commissioners will be sworn in on Nov. 13 and will officially take office on Nov. 14.

McWilliams didn’t rule out the possibility of serving as chairman again.

“If asked to serve again, I want to, but right now, I think it’s probably best that I turn this loose,” he said.